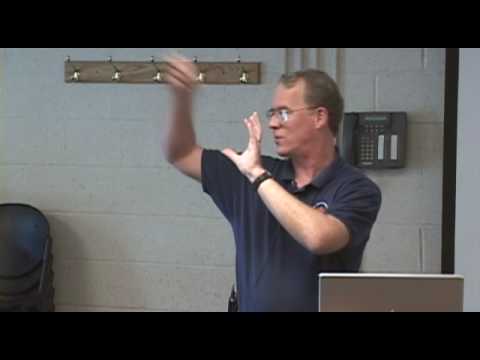 Astrophysicist Tom Bridgman presents a series of articles that debunk geocentrism on numerous fronts, while presenting a set of challenges to which the geocentrists have never responded. 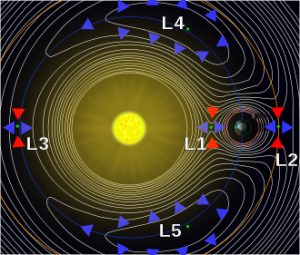 Geocentrism: Galileo was wrong? (September 27, 2010): A nice collection of links to other resources.  In the comments section, in reply to Rick DeLano’s breezy claim that, “Geocentrism perfectly accounts for LaGrange points,” Dr. Bridgman countered:

“Really? Good. Then you won’t mind backing it up.  Among real scientists, such a bold statement implies this calculation has actually been done.  Since this is a fairly straightforward analysis in a Newtonian and non-geocentric framework that undergraduate physics students are expected to do (and I have done it), you are required to prove that this analysis has been done in the physically geocentric model.  Identify all five Lagrangian points using a strictly geocentric calculation with full mathematical detail FROM FIRST PRINCIPLES, i.e. the claimed geocentric physics behind it, presenting the equations of motion, etc. (Wikipedia – lagrange points). Post the solution on a web site and send me the link. . . . Bear in mind that if a professional scientist were to make a claim such as yours for a problem as trivial as this, and be unable to back it up, they would be suspected of fraud. However, I suspect a better term might be your own term: ‘blithering incompetent’. ;^)”

The challenge has been repeated several times, but there has been no word from DeLano since….

Delusions of Geocentric Quantization… (January 8, 2011): In addition to an excellent presentation on the perils of finding patterns in data sets, Dr. Bridgman yet again invites Rick DeLano to present his calculations on the Lagrange points.

Geocentrism: Does NASA use Geocentrism? (April 9, 2011):  Dr. Bridgman’s answer is, “Of course they do – where appropriate.”  But that’s not what the neo-geos will have you believe.  After a fascinating lesson on how real orbital mechanics do their calculations, Bridgman repeats his challenge to Rick DeLano and the neo-geos at large: “Some months ago, Rick DeLano claimed that Geocentrism could explain the Lagrange points, five points of stability in the restricted 3-body problem…and one of the predictions of Newtonian gravity and laws of motion. I challenged him to demonstrate it, considering that we make use of these locations in a number of operating space missions….The Geocentrists have been strangely silent on this…If you taught Geocentrism in a physics class, how would you use this knowledge to plan spacecraft missions?  Here’s a syllabus of an astrodynamics class at Georgia Tech. This is training for people to really do this work.  I wonder if any of the Geocentrists could do the homework problems posted here.  How would they answer the practical problems of interplanetary navigation in a Geocentric model?  As yet, Geocentrists have not demonstrated any competence in this field where they claim so much knowledge.  Unless you believe all spaceflight is a hoax (or you chicken out and just claim everything beyond Earth orbit is a hoax), your only other choice with Geocentrism is to terminate all space flight, leaving space travel to other countries less entrenched in dogma.  These are not idle questions of only philosophical interest.  Billions of dollars in space assets, the lives of astronauts, even national security, rely on doing this stuff right.  Would you trust these things to those who have not demonstrated any competence in the topic?” 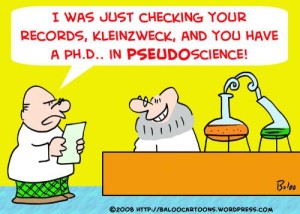 Geocentrism: Failing Basic Physics… (May 28, 2011):  “Geocentrists, like many other pseudo-scientists I’ve confronted on this blog, seem to be nothing but posers.  They want credit and recognition for achievements they have not done.”

Geocentrism: Failing More Basic Physics… (June 4, 2011): “Everything I’ve seen from Geocentrists is a cheat, trying to take someone else’s heliocentric solution and then moving the origin to the Earth.  They don’t appear to have the competence, or courage, it takes to actually transform the known equations of motion, Newtonian gravity and acceleration, well-tested in everything from laboratories to mechanics to spacecraft, to a reference frame where the body of the Earth is not rotating.”

Geocentrism: Ubiquitous Aberrations (June 18, 2011): “With their interest in ignoring relativistic effects such as aberration, Biblical Geocentrists have still failed to demonstrate that they are competent to navigate satellites anywhere in the solar system.  Any nation that expects to either travel in space, or reap other benefits of space-faring capability, should view Biblical Geocentrism as a recipe for lost satellites and lost astronauts.”

Heliocentrism’s ‘Vested Interests’… (July 9, 2011): “Real lives depend on the proper computation of spacecraft trajectories, and not just the lives of astronauts (more below).  The Geocentrists have offered nothing but rhetorical games to back their claims – nothing of the rigor required by science and engineering beyond a word game to relabel the mathematics.  If Geocentrists want to essentially claim 1+1=3 with no evidence other than their say-so, and they are doing it in such a way that OTHERS will pay the price of Geocentrist ignorance, then Geocentrists are in no position to complain about the level of disrespect they are given.  My goal is that no one pays for Geocentrists’ ignorance except the Geocentrists who are propagating (and a number of them are profiting) from spreading the ignorance.”

Stupid Geocentrist Tricks (July 23, 2011): “By your ‘lone mind going against the establishment’ criteria and rhetorical games, we can cherry-pick our evidence and prove that the world is flat…. Truth determined by academic credentials?  You have the cart before the horse.  Success at determining and expanding scientific understanding determined the academic credentials.  Many of those ‘academic credentials’  were earned developing an accurate understanding of how atoms work that make small computers possible today, and understanding how gravity works which eventually made spaceflight possible.  I’m still waiting for a successful ‘geocentrist’ algorithm for interplanetary navigation.  Or are Geocentrists (again) going to opt for trying to steal, er, ‘relabel’ the standard coordinate transformation techniques and claim it is the same as the geocentrists theory?”

Geocentrism: Laser Ranging Experiments (August 13, 2011): “[The neo-geos] cannot produce an experiment operating around the other planets, or in the space between them, that suggests Geocentrism is true. There are many experiments operating in these regions providing evidence that Geocentrism is false.” 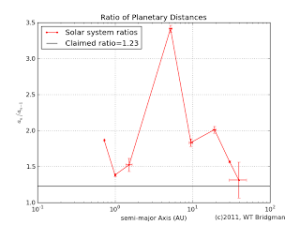 Geocentrism’s “Quantized Planetary Orbits” (September 3, 2011): “Again, it appears the Geocentrists are incapable of doing even basic math.  Or could it be that the Geocentrists know their statement is false and think their supporters are too ignorant to do basic math to check them?”

Pseudoscience and the Technomystic (October 10, 2011): “Geocentrism: Our ability to travel in space depends on Newton’s laws of motion and gravity, theories which do not define an absolute origin in space.  These equations are invariant under translation and rotation – the interactions between planetary bodies and spacecraft depend only on their RELATIVE positions, and not on any absolute spatial reference frame.  This is why we can use the exact same mathematics to get a spacecraft in orbit around other planets in the solar system as we use to orbit the Earth.  Some Geocentrists go so far as to deny space flight even takes place (such as claimed at Moving World – Deception).  The equivalence of all reference frames is built into modern star trackers used in the navigation of satellites (see Ubiquitous Aberrations) so this theory is actually tested 24/7 on satellites around the solar system.”

Geocentrism vs. the Barycenter (January 22, 2012): “All of these statements demonstrate the same conceptual failure, that Mr. Martin regards the barycenter (center of gravity, center of mass) and/or the focus of planetary orbits, as if they must be a FIXED point in space.  But that is wrong.  I can define a reference frame attached to any object, or point in space, that I choose.  All the frames are equivalent.  It is a fact that some reference frames are more convenient for calculation than others (which makes the Earth a preferred frame ONLY when we are near the Earth)….The math Works.  Geocentrist pseudo-science does not.”

Geocentrism vs. Inertial Frames (February 5, 2012): “If the Earth were physically preferred reference frame, as claimed by Geocentrists, we would expect these principles to function differently when moving relative to the Earth, or at great distance from the Earth.  The fact that these devices function according to the same physical laws we’ve discovered on the Earth is evidence that the Earth is NOT a physically preferred reference frame.  A scientist on Mars will derive the exact same physical laws as a scientist on the Earth.  If Geocentrists want to claim that certain devices work in these other remote locations because we’ve designed them to work that way, the statement carries with it the implied assumption that somehow human technology violates the laws of physics.  That is utter nonsense.  The technological progress human society has enjoyed over the past three hundred years is an outgrowth of our ability to understand those physical laws and work within their constraints.”

Geocentrism & the Barycenter II (February 26, 2012): “[Geocentrist] Mr. Martin claimed that Newton’s laws and the barycenter were inconsistent . . . But now we can see these motions are perfectly compatible.  The only evidence Mr. Martin presents for his claim is his ‘say so’. ”

The Geocentrists’ 3-Body “Problem” (March 4, 2012): “So it is with Kepler’s Laws.  When applied to the other planets in the solar system, it is not perfectly exact – but it is not grossly wrong either.  The other bodies in the solar system must be much more massive to perturb the other planets sufficiently that Kepler’s Laws become totally useless, contrary to [geocentrist] Mr. Martin’s pedantic claims.” 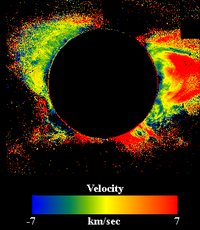 Geocentrism & Cosmological Redshift (March 11, 2012): “This is why we can say the Hubble expansion cannot define a center.  To any observer, located anywhere, they will perceive themselves the center of the expansion….However, as I demonstrated in some posts in my quantized redshifts series, a uniform distribution in space, which is magnitude limited (i.e. there are galaxies fainter than can be detected by our instruments) will exhibit a similar distribution with the galaxies which we can detect….That this works provides a consistency check against our other assumptions, such as the redshifts being an actual measure of distance and not intrinsic properties of the galaxies.”

Geocentrism Quiz: Is the Moon Gravitationally Bound to the Earth? (Apr 15, 2012): “I’m eager to see an answer to these issues from you guys. After all, if we have no way to compute spacecraft trajectories in your model, how is the U.S. going to compete in space with the Russians, Chinese, and others who still have space faring capability? The Russians and Chinese don’t use a Biblical Geocentrist model to compute their spacecraft trajectories. If you had been making these types of claims back in 1957, you might have been suspected of trying to undermine the U.S. space program in the race with the Soviet Union!”