Those who have not spent much time critically reading the works of Robert Sungenis on strict Geocentrism may be unaware of how often he resorts to debater’s tricks when responding to his opponents.  One of his favorites is misdirection.  In many instances he appears to give a fulsome answer, but a closer look shows that he’s failed to engage his opponent’s argument at all.  His frequent modus operandi is to overwhelm the reader with copious but irrelevant verbiage, in the hopes that the reader will confuse quantity of words with intellectual substance. 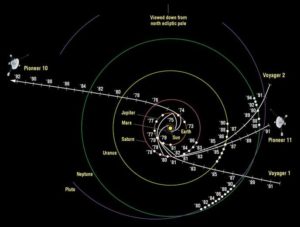 One example is in his non-answer to the challenge posed by Dr. Alec MacAndrew concerning the Pioneer 10 and 11 spacecraft.  Dr. MacAndrew’s challenge is reproduced below from his article “Here Comes the Sun: How the new geocentrists persist in scientific and logical errors” (well worth reading in its entirety.)  What MacAndrew asks of the geocentrists – his challenge regarding Pioneer – is very specific:

Although it is true that within [General Relativity], local experiments cannot distinguish between various manifestations of acceleration and gravity, it is wrong to say that one cannot make reasonable inferences based on non-local observations and on considerations rooted in causation (as we did for the annual Doppler shift modulation of the CMB and quasars above).

Is there any such evidence for the Earth’s daily rotation? Let’s look at Pioneer 10 and 11, two spacecraft that were launched in 1972 and 1973 respectively, to study the asteroid belt, Jupiter and Saturn. After completing their mission they continued on their trajectory out of the solar system at well above escape velocity. Pioneer 10 remained in contact with earth stations until 2003 when it was some 12 billion kilometres away. You will remember that the Sun has by far the biggest gravitational field in the solar system and for that reason both Pioneers were slowed down by the Sun’s gravity as they flew away from the solar system. However measurements of the spacecraft position and speed indicated that both Pioneers were slowing down more than the models predicted and for several years this effect, known as the Pioneer anomaly, was a mystery. All we need to know about the anomaly is a) that it was tiny (~10-10 ms-2 – a hundred billionth of the acceleration due to gravity at the Earth’s surface) and b) that it has been explained with perfectly conventional physics [Turyshev, Slava G., et al. “Support for the thermal origin of the Pioneer anomaly.” Physical review letters 108.24 (2012): 241101]. What is relevant to us is the fact that the anomaly was so small and therefore, in order to measure it, physicists needed to know the position (range and direction) of the satellites with extreme precision. These measurements are made by Doppler measurements and timing of radio signals sent to the satellites and returned to Earth ground stations. There is a daily modulation of the Doppler signals caused by the fact that Earth’s rotation causes a daily change in the relative velocity between the spacecraft and the Earth which physicists must correct for. In fact this daily Doppler modulation is used to measure the direction of the spacecraft from the Earth (its amplitude gives declination and its phase gives right ascension).

But there’s more – because the Pioneer anomaly was so small, perturbations in the Earth’s daily rotation and in the velocity of the ground stations were significant and had to be taken into account. Corrections were made for: Earth’s precession, nutation, polar motion, tides, the Moon’s, Sun’s and planets’ gravitational torque, Earth’s mantle elasticity, Earth flattening, structure and properties of the core-mantle boundary, rheology of the core, underground water, oceanic variability, atmospheric variability, evolution of Earth’s shape, and the location of Earth’s centre of mass relative to the crust [see here.] Geocentrists would have us believe that the daily Doppler modulation was caused by variations in the velocity of the source (the spacecraft) and not by the Earth’s rotation which they claim does not exist. In that case, shouldn’t they explain why, according to them, the velocity of the Pioneer spacecraft, freely flying through space and several billion kilometres from Earth, cycled with a period of exactly one sidereal day? Can they explain why the details of the supposed Pioneer velocity cycle reflected all the subtle variations in the velocity of the ground station such as Earth’s precession, nutation, polar motion, and so on? Can they give us one good reason to conclude that the daily Doppler modulation was caused by daily changes in the velocity of the spacecraft rather than by earth’s rotation?

Sungenis’s “answer” to this challenge in his article “There Goes the Sun…” was to cut and paste seven pages of outdated and irrelevant material from Galileo Was Wrong (pp. 351-358 of volume 2 in the 11th edition.)

I emphasize outdated because Sungenis’s copy-pasted material only extends to 2004, whereas MacAndrew cited a source from 2012 that lays out the explanation of the Pioneer anomaly. 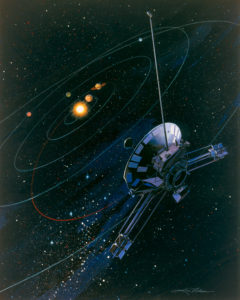 I emphasize irrelevant for three reasons:  First, MacAndrew’s challenge didn’t rely on the anomaly itself, but rather all of the corrections for motion that had to be made in order precisely to track the anomaly.  Without correcting for all of these motions we wouldn’t be getting intelligible data from the spacecraft at all.  The anomaly is irrelevant to this discussion, but that’s where Sungenis focused all of his attention.

Second, in the copy-pasted verbiage Sungenis doesn’t give even “one good reason” that we should conclude that the daily motions with regard to the Pioneers are motions of the spacecraft rather than the Earth.  He prefers to hide behind the Pioneer anomaly as if its mere existence absolves him from having to answer MacAndrew’s perfectly reasonable questions.

And third, the Pioneer anomaly was explained in 2012, as Dr. MacAndrew points out, “with perfectly conventional physics”.  Now that the anomaly itself is explained, Sungenis has nowhere else to go.  He prefers to hide behind an avalanche of outdated and irrelevant verbiage.  He’s hoping the reader won’t notice.

Obviously, Robert Sungenis cannot give even one good reason. 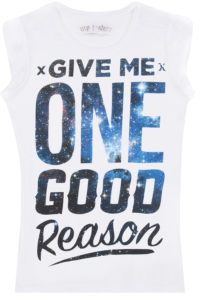 Now, dear reader, one can easily anticipate that, if Sungenis “answers” this article he will point out other alleged anomalies in various spacecraft trajectories detected since 2012.  In doing so he will hope that you fail to notice that, as interesting as those anomalies may be, they have nothing to do with the Pioneer anomaly itself, which has been solved.  He will hope that you don’t notice that said anomalies have absolutely nothing to do with the substance of the challenge.  And he will hope that you fail to notice that in the midst of all this obfuscation he will still have yet to give even one good reason why the numerous corrections necessary for daily Doppler modulations between the Earth and the Pioneer spacecraft could plausibly be attributed to motion of the spacecraft themselves, rather than to motion of the Earth.

Given that strict Geocentrism is no more than an elaborate exercise in scientific special pleading, gummed together with conspiracy theories, it is unsurprising that, yet again, its proponents have to rely so heavily on debater’s tricks like misdirection and obfuscation rather than answering basic questions.