Why Geocentrism is “Junk Science” 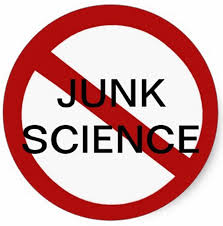 Modern geocentrism is junk science because in place of a coherent, working theory which has explanatory power and makes valid predictions, it substitutes a matrix of special pleading gummed together with conspiracy theories.  So, on the one hand, the heliocentric model of the solar system predicts such phenomena as stellar parallax, stellar aberration, nutation, the equatorial bulge, Lagrange points, the correct position for geosychronous satellites, et al. – there is a simple explanation for these and a host of other phenomena predicted by the standard model, namely, that the Earth is rotating on its axis and revolving around its star like any other planet, according to well understood and observed laws, most notably of gravity.  These predictions are then verified by observation. 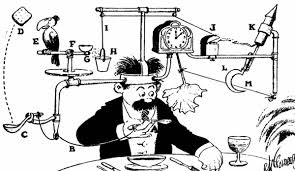 On the other hand modern geocentrism predicts none of those things – strictly speaking they should not exist in a geocentric system.  They have to be “explained”, or more accurately, explained away.  The alternative “explanation” of the modern, neo-Tychonic geocentrist is simply after-the-fact, ad hoc special pleading, with the entire “geocentric” universe now centered, ironically enough, on the sun (perhaps Galileo was right after all?) and shilly-shallying and bee-bopping and rocking and rolling in just the ways that mimic stellar parallax, nutation, etc. but with no explanation whatsoever for, or observational evidence of, the bizarre forces that would be required for such a Rube Goldberg lash-up of a universe.  In this regard they are just like the flat eathers and as Robert Sungenis has found he can hardly deny to the flat earthers what he so regularly arrogates to himself, namely, unlimited recourse to special pleading and conspiracies.  They are simply being more consistent.

In science not all explanations are equal – just having some explanation, any explanation, doesn’t make one’s view scientifically robust.  Astronomers and physicists have simple answers to the phenomena cited above (along with a host of others), namely, the Earth orbits its star and rotates on its axis like any other planet, according to the universal law of gravitation (and remember, this model correctly predicted many of those phenomena.) The standard explanation of those phenomena fits with the observation of St. Thomas that, “If a thing can be done adequately by means of one, it is superfluous to do it by means of several; for we observe that nature does not employ two instruments where one suffices” (link).

The neo-geocentric explanation to those phenomena consists of after-the-fact, ad hoc special pleading and invocation of media and forces for which they do not have a shred of observational evidence.  Their only other recourse is to General Relativity, a theory they vociferously reject as hopelessly wrong, the product of moral degeneracy and possibly even syphilis-induced insanity (while still appealing to it themselves whenever they’re called to establish their case on its own grounds.)  Therefore neo-geocentrism is neither philosophically nor scientifically robust – it’s correctly labelled junk science.