Growing by Leaps and Bounds?

In a recent email announcement, Mr. Robert Sungenis stated that “Despite [David] Palm’s efforts, this movement is going forward by leaps and bounds, and, ironically, we have David Palm to thank, for the more of his caustic objections we answer, the more geocentrism is made credible.” 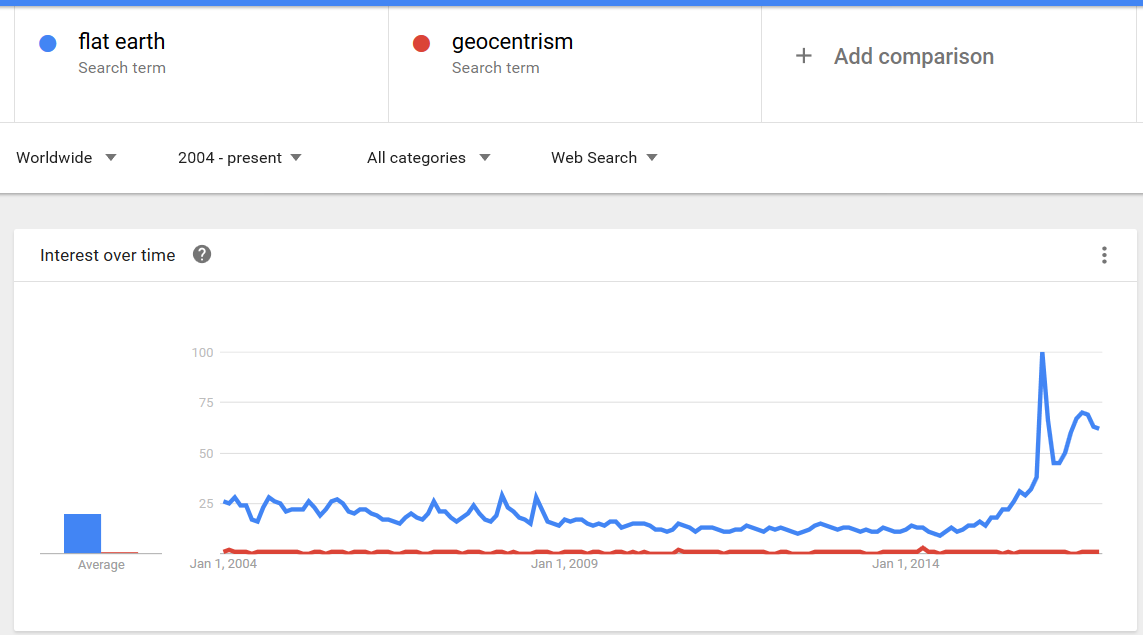 If I were in charge of a marketing campaign, I would be thrilled with the flat Earth trend — interest in flat Earth geocentrism has skyrocketed in the past few years.

The plain old [ball Earth] geocentrism trend?  Not so much.  As Google Trends shows, interest in ball Earth geocentrism is flatter than the flat Earth.