As I have been saying for years, the new geocentrism is a massive exercise in scientific special pleading, gummed together with conspiracy theories. Karl Keating’s fine new book, The New Geocentrists, provides extensive support for that characterization.

Let’s take a look at the evidence in order. First, scientific special pleading. One facet of the outcry against Keating’s book makes me laugh. A common complaint is that he doesn’t cover “any” of the scientific aspects of the topic. And yet a Google search will reveal that the counter-critics have expended thousands of words responding to Keating’s scientific critiques of geocentrism, which in the next breath they claim don’t even exist in the book. Clearly, Keating hit a nerve.

But Keating is quite explicit that in the book,

The focus is more on the people than on their scientific and religious claims. Their claims are not neglected, but I make no attempt at comprehensiveness and feel no obligation to do so. Today’s geocentrists have worked up dozens of main and hundreds of subsidiary arguments spread over thousands of book pages and innumerable web pages. It would be as tedious to refute those arguments, one by one, as it is to read them—more tedious, actually, since it often requires a full paragraph to correct a single wrongheaded sentence, and there are many wrongheaded sentences in the works of the new geocentrists.

Geocentrists are oblivious to problems in what they write. They are confident in their science and exegesis—confident to the point of not seeing weaknesses in their position. They think their logical armor has no chinks. They betray no doubts, no signs of hesitancy. Conflicting evidence does not exist or is dealt with summarily. The only logical flaws are with those who fail to accept the geocentric thesis (The New Geocentrists, p. 5; Kindle edition).

If you’re like most people and you find yourself wondering why anybody would embrace geocentrism in this day and age, Keating provides a good answer. He notes, “There is an attractiveness in thinking oneself part of a group that has been preserved from errors that infect the rest of society, whether those errors are political, cultural, scientific, or religious. There is a sense of anticipation in being part of a movement that might become the wave of the future. There is satisfaction in being privy to knowledge that is unknown to the generality of mankind” (ibid., pp. 4f.)

In other words, there is a quasi-gnostic quality to the new geocentrism. 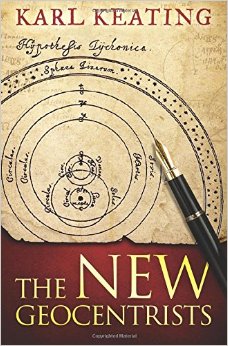 Why write about a fringe movement like the new geocentrism? Because ideas have consequences. Keating notes,

“When a crabbed reading of Scripture is joined to an insupportable understanding of the physical world, today’s adherent may become tomorrow’s agnostic, both in science and religion. After spending time as a follower of the geocentric gnosis, he may conclude that sure knowledge is not attainable in either realm. The new geocentrists are keen on having people accept the truth as they understand it to be, but in the end they may leave people wondering whether truth can be ascertained at all” (ibid., p. 7.)

I have a section on this site highlighting the conspiratorial views of a number of geocentrists. Keating has cast his net more broadly and I was fascinated to learn more about several individuals about whom I knew little. The early chapters of Keating’s book are taken up with Catholic geocentrists Solange Hertz and Paula Haigh. It is these chapters that have elicited criticism from at least one traditionalist Catholic writer, who complained bitterly that Keating was illegitimately using geocentrism just to attack the Catholic traditionalist movement. He cannot understand, for example, why there would be any connection between geocentrism and topics such as monarchy, evolution, and the Latin Mass. The answer to his accusation is plainly found in the book. Keating writes:

Neither [Haigh nor Hertz] has any background in science. Neither can work through the simplest equations of physics. Neither has much use of astronomical terminology. What they bring to the table is “attitude” and an insistence that the Church went off track not after Vatican II but much earlier, at least by the time of Galileo in the seventeenth century (ibid., p. 16; emphasis mine.)

It was not Keating, then, who first made the connection between monarchy and geocentrism and decried the “liberal Leo XII” for his openness to non-monarchical governments. That was geocentrist Solange Hertz. It was not Keating who made the connection with evolution. That was Paula Haigh: “For Haigh, evolution is the root of all error; it can be traced even as far back as Galileo, though of course the term was not then in use” and “In Haigh’s mind, biological evolution and heliocentrism are yoked together, and they are to be rejected together.” And who first brought Quo Primum [a papal decree on the traditional Latin Mass] into connection with the geocentrism controversy? Not Keating, but Miss Haigh again.

Keating was illustrating the penchant for Catholic geocentrists to date the supposed decline of the Church and dereliction of the Church’s hierarchs to the period immediately following the Galileo incident, rather than to the post-Vatican II era as expressed by many Catholic traditionalists.

Is it just ad hominem or guilt by association to point this out? Not at all. As some of Keating’s critics have rightly pointed out, ad hominem argumentation would be to argue, for example, that because Robert Sungenis has written many thousands of words of anti-Semitic material his arguments on geocentrism must be wrong. 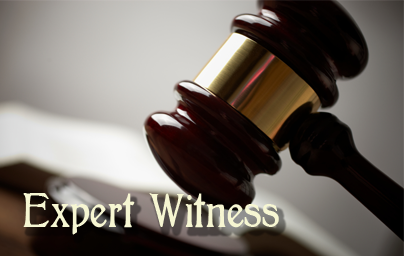 But Keating never deploys such an argument. Rather, as Wes Grant has astutely observed, Keating operates in the book more like an attorney impeaching the credibility of a so-called expert witness. Sungenis and the other geocentrists have put themselves forward as experts on the topic and they address their arguments to people who, by and large, do not have the specialized knowledge to judge the validity of those arguments. As such, it is crucial to determine whether or not the geocentrists are credible or not. Keating systematically demonstrates that they are not.

Wes Grant interviewed three attorneys who are acknowledged experts in criminal legal proceedings in order to compare Keating’s approach with accepted legal standards (which are more demanding than those imposed on writers). He found that Keating’s approach stacked up quite well, indeed:

All three of the attorneys I spoke with said they would present this information to exclude Sungenis or any of the geocentrists as expert witnesses and if they were somehow still allowed to testify (which they all found almost inconceivable) to then impeach their honesty/credibility once on the witness stand.

1) Credentials: Keating documented that Sungenis had dishonestly led people to believe that he had a degree in physics. He also brought out that Sungenis advertises an illegitimate “PhD” and that he has no degree in any scientific field at all.

2) Treatment of sources: Keating demonstrated that Sungenis has handled research materials dishonestly. For example, with Ronald Clark’s biography of Einstein, he found that Sungenis used ellipses to paste together two sentences that were **separated by eighteen thousand words** and cut out two of Clark’s three points, leaving only the one that agreed with Sungenis.

3) Plagiarism: Keating brought out the plagiarism of Sungenis, Bennett and Bouw. He defined plagiarism according to reputable sources, documented that Sungenis has tried to re-define the word and then gave a link to detailed documentation of what Sungenis, Bennett and Bouw have done (found here: http://www.geocentrismdebunked… ). He pointed out that even an online high-school plagiarism detection tool caught the plagiarism. One of the attorneys I spoke with said this would be “a huge deal.”

4) Errors in basic scientific concepts: Keating demonstrated that Sungenis doesn’t understand the difference between a GPS satellite and a geostationary satellite and that he’s said other false things about these satellites. He documented that Dr. John Hartnett has stated Sungenis and the geocentrists have misrepresented what the Cosmic Microwave Background indicates and defines. He also documented and demonstrated at length that Sungenis makes statements about crop circles and NASA that reflect a fundamental misunderstanding of the science behind lasers. (These claims were made front and center on Sungenis’s website, not hidden “in a combox somewhere” . . .

5) The complete absence of recognized experts who agree with him: Keating documented that Sungenis and the geocentrists interpret the evidence in a way that is rejected by virtually the entire scientific community.

7) Religious bias: Keating demonstrated at length that Sungenis, Hertz, Haigh and the other geocentrists hold to geocentrism primarily as a matter of FAITH, not science. Therefore, their approach is biased. (Note: FRE 610 explicitly allows admission of such evidence relating to religion if it is “for the purpose of showing interest or bias.”)

8) Misleading presentation of the evidence: Keating documents that Dr. John Hartnett has publicly stated that in the movie The Principle, by the use of voice over, cut-ins and animations, Sungenis and DeLano gave a misleading impression of what he was actually saying.

All three attorneys found 1,2,3,4,5,6 and 8 to be very significant. They generally found 7 and 9 to be less so, depending upon the specifics.

There are two other quick pieces of information I want to mention. I also asked all three attorneys if they would present evidence that a supposed “expert witness” held to or promoted conspiracy theories like those denying the lunar landing, denying Sandy Hook occurred or Holocaust revisionism. All three said Yes. They indicated that if these theories could be documented in his body of work, then they were fair game. Then, I even brought up the specific case I mentioned below to you about a person who claimed to witness their client kidnap someone but who also believed he was being kidnapped by aliens each night. They all said such information would be very significant, relevant and important in terms of establishing credibility regardless of whether the witness presenting himself as an “expert” or not (link).

Most people don’t have the time, energy or specialized knowledge necessary to sift through lengthy and elaborate theories like those proposed by the new geocentrists. At some point, it’s reasonable that it comes down to who is credible and who is not. So read Karl Keating’s penetrating look at The New Geocentrists and judge for yourself.