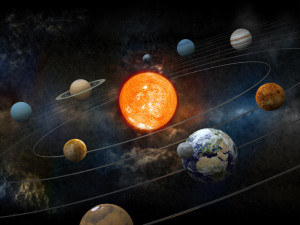 This website is intended to help those encountering a group of individuals who are marketing books, conferences, and movies designed to promote their claim that the earth is motionless and the entire universe rotates around it.

Because a group of men is expending considerable time, energy and money in an effort to convince everyone geocentrism is true and that the Church and/or scientific community at large has been involved in a long-standing conspiracy to hide that supposed truth. They commonly present themselves as experts and scholars in theology, canon law, multiple fields of science and more. Some in this group also pressure Catholics to accept their theory and buy their products by falsely claiming that the Catholic Church officially teaches geocentrism as an article of faith. While it’s possible that some Catholics may accept geocentrism as a result of this false claim, others (like this person) are being turned off to the Catholic faith for the same reason.

But isn’t geocentrism so silly and obviously wrong that it’s easily answered by almost anyone with some basic knowledge of science and the Catholic Church’s teaching today?

While it’s false to claim—as many geocentrists do—that geocentrism is (or has ever been) officially “taught” by the Catholic Church as a matter of faith or that geocentrism is true as a matter of science, it’s a mistake to conclude that their claims are ridiculously easy to debunk. The new geocentrists are not unintelligent. The science involved in debunking geocentrism is more complex than one would probably think and many of these new geocentrists have spent a great deal of time and energy becoming quite expert in their errors. Similarly, the ecclesial history surrounding the case of Galileo is more complex—and also far more interesting—than the so-called “common knowledge” today.

So, wrong, yes. Ridiculously easy for anyone to debunk, no.

Isn’t it a mistake to give these people more attention?

Some in the mainstream media are already well aware of the new geocentrists  (see the Chicago Tribune and LA Times, along with such venues as Salon, Time, Rawstory, etc.) and, unfortunately, they have used the geocentrists in an effort to embarrass and marginalize the Church (although not all neo-geocentrists are Catholics, or even Christians). In addition to books, websites and conferences, the new geocentrists have a movie coming out on the Copernican principle that is designed to incrementally prepare viewers for a sequel that will lead them the rest of the way to geocentrism. It seems likely these movies will draw more media attention. Hopefully, this modest website can be used by those who would like to help make it clear that the new geocentrists speak only for themselves and not for the Catholic Church.

In conclusion, on a personal level, I’ve been pleasantly surprised to find the study of both the scientific and ecclesial aspects of this issue to be fascinating and edifying. The Catholic principles and teachings I’ve discovered during the course of studying this issue have a relevance and import well beyond the narrow issue of geocentrism. I’ve enjoyed putting together what I hope is a “one stop shop” to help answer the claims of the new geocentrists. So I hope you enjoy this site and that you find it helpful, especially if you encounter one of these geocentrists, someone who is entertaining their claims, or someone who is using them to try to embarrass and marginalize the Church.