You can tell that you’ve got a great argument against strict Geocentrism when you see the geocentrists obfuscate, misdirect, do anything rather than actually address that argument.  In “Top Geocentrist Fails Pioneer Challenge” we saw that Robert Sungenis engaged in just such a misdirection campaign when challenged by Dr. Alec MacAndrew to explain how all of the corrections for daily motions necessary to glean data from the Pioneer spacecraft could plausibly be attributed to motions of the spacecraft, rather than motions of the Earth.  Sungenis never ponied up with an actual answer to the question – he sought instead to misdirect his readers by focusing on the interesting, but completely irrelevant, “Pioneer anomaly”. 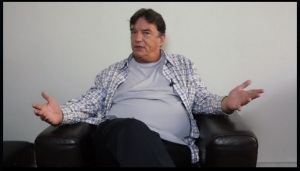 Geocentrist Rick DeLano was confronted with a very similar challenge regarding geocentrism and the Voyager spacecraft.  Here’s how that challenge was laid out:

When viewed from ground [the Voyager spacecraft] also appear to be orbiting a stationary Earth once a day. IF the Earth was not rotating that would mean that V1 is now traveling at a speed of over 1.3 x10e6 km/sec. as it circled the planet, discounting its outward velocity.

Here’s the kicker. Both spacecraft are equipped with three gyroscopes containing sensitive accelerometers. All are still functioning and have been returning solid data since launch. But neither of the data sets shows any acceleration anywhere near that required to achieve your required orbital velocity. In fact, both data sets show the completely expected acceleration from their launch through their gravity slingshots by heliocentric planets to their location today. . . . As a matter of fact, no deep space probe at all has detected the kind of motion your . . . geocentric claims require.

Rather than answer the challenge, DeLano did the same thing Sungenis did – he obfuscated by pointing to the Pioneer anomaly without actually answering the question (see his pay-no-attention-to-the-man-behind-the-curtain “answer” here.)  Several forum participants saw right through his shennanigans and pointed it out:

Evasive non-answer by DeLano noted. You Googled lots of information but you completely forgot to answer the questions:

How did the spacecraft manage to accelerate to the huge velocities required when all of the onboard instruments show only the normal trajectories? None show the huge accelerations and position changes your . . . Geo idea requires.

Why does all the space probe data support heliocentrism while none supports geocentrism?

Your cowardly side is showing here Ricky.

Another rightly pointed out that the Pioneer anomaly has nothing to do with the challenge to the geocentrists:

The “Pioneer anomaly”, interesting as it might be, has no relationship whatsoever to the question OA asked, which is a simple observational “point of view” item. It’s pretty telling that Rick chose to deposit squid ink and run rather than simply address the very simple question in front of him.

And yet another pointed out that, like Sungenis, DeLano even ignored the fact that the Pioneer anomaly had been explained, using perfectly conventional physics:

Rick’s counterpoint was to claim that the [anomalous] velocities of the Pioneer probes somehow answered OA’s questions about the Voyager probes.

Rick really didn’t answer anything and pooh-poohed the scientific findings of differential heat thrust that was applied to the Pioneer [anomaly].

Rick seems to live on [anomalies] but never reads the following addendum where the [anomalies] are explained. 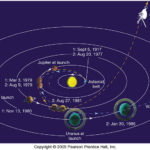 In other words, DeLano never answered anything, he simply obfuscated and then refused to answer any of the subsequent challenges.  But the challenge that the Voyager and Pioneer spacecraft represent to the neo-geocentric theory won’t just go away.  Here’s Dr. MacAndrew’s Pioneer challenge again:

Obviously, neither Robert Sungenis or Rick Delano can give even one good reason.