What is the Single Best Argument Against Geocentrism? 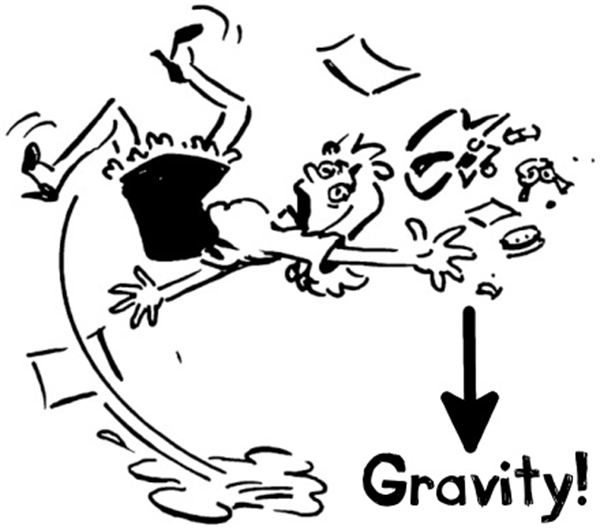 There are many great arguments against strict Geocentrism—the view that the Earth is the absolutely motionless center of the whole universe—but in my opinion the best is probably the universal evidence for the existence of gravity.  Everywhere we look in the universe we see the effects of gravity as objects rotate on their axes and revolve around more massive objects.  To say that the Earth is somehow the lone exception even though it too exhibits all the evidences of rotating on its axis and revolving around the more massive Sun is simply irrational special pleading.

New geocentrists such as Robert Sungenis and Rick DeLano affirm the existence of gravity and the inverse square law, that the effects of gravity decline “in inverse proportion to the square of the distance to the source” (Wikipedia).  Here’s Rick:

That means that, even on the neo-geocentric view, the Earth must be in a gravitational relationship primarily with the Sun and secondarily with the moon and other planets. 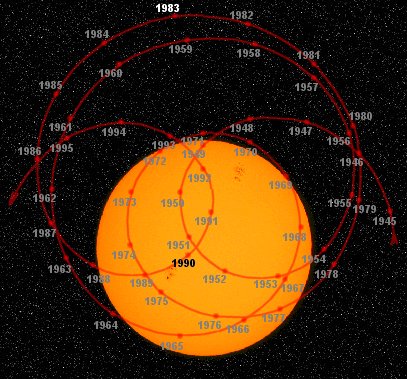 As has been pointed out to the new geocentrists a long time ago, in order for the Earth to be motionless in such a system, there would have to be other sources of gravity that, at every second of every minute of every day exactly offset the constantly changing gravitational pull on the Earth from these close and massive objects (see “As the Universe Turns”).  There is absolutely no observational evidence for any such masses moving in any such way that would offset these local gravitational influences.  Given their distance as well as their motions relative to the Earth the myriad stars and galaxies simply cannot do that, as Sungenis claims.  Dr. Alec MacAndrew illustrates this with a simple thought experiment:

Let’s combine the total number of galaxy clusters within 2.5 billion light years which is about 16,000 clusters, average richness ~17, each of average mass ~2.4×1013 solar masses. Let’s suppose that we put them all at the distance of the Virgo cluster—which is closer than any of them and 50 times closer than the furthest of them. And let’s put them all in the direction of Virgo so their gravitational fields add, rather than spreading them all around the sky to cancel each other out, as they actually do. The total gravitational field of all these clusters, placed much closer to the Earth on average than they really are, and all acting in the same direction, is still 30 million times less than the Sun’s gravitational field at the Earth. And the further out you go, although the total number of galaxies that we have to consider is still larger, their gravitational attraction becomes even less because of the inverse square law.

Furthermore, Sungenis’s claim that the stars have “gravity [that] will affect how the Sun and Earth react to one another, especially if the Earth is put in the center of that gravity” [my bolding] is wrong, not just because the gravitational field at the Earth of all these stars is vanishingly small compared with that of the Sun, as we have seen, but because gravitational fields of individual bodies are  vector-additive—that is, they can cancel each other out if they act from opposite directions—so that if the Earth were to be at the centre, these already minuscule gravitational fields from the stars would tend to sum to zero (see “Here Comes the Sun”).

It is an observable fact that the Earth sits close to a number of large, constantly moving gravitational sources, most notably the Sun.  There are no observable or even conceivable sources of gravity that are at every moment shifting in just the ways necessary to offset the gravity of these moving objects.  Therefore, a stationary Earth in the center of the universe is scientifically untenable.

The standard geocentric reply to this challenge has typically started out, “But in General Relativity…..”, after which they deploy a fundamental misunderstanding of that theory. But as I have shown again and again, this appeal is invalid, since the new geocentrists vociferously reject General Relativity.  One cannot appeal to a theory he rejects in support of his own view.

But since Sungenis has again recently affirmed that he thinks that his system works even in Newtonian mechanics (see his replies in “Sungenis Tries to Proposition His Readers”), I’ll pose the question one more time.  Where is the observational evidence for the other sources of gravity that, at every second of every minute of every day exactly offset the constantly changing gravitational pull on the Earth from the Sun, the moon, and the other planets of our solar system?

On their own grounds the new geocentrists have no good answer to this simple question which is why they refuse to answer it, choosing instead to obfuscate and equivocate (see e.g. “Equivocation, Thy Name is Geocentrism”).  Lacking the ability to explain even the most basic phenomena such as the observable effects of gravity, modern Geocentrism remains bogus pseudo-science.