Geocentrism: Tempest in a Teapot or Theological Shipwreck?

“Geocentrism: Tempest in a Teapot or Theological Shipwreck?” 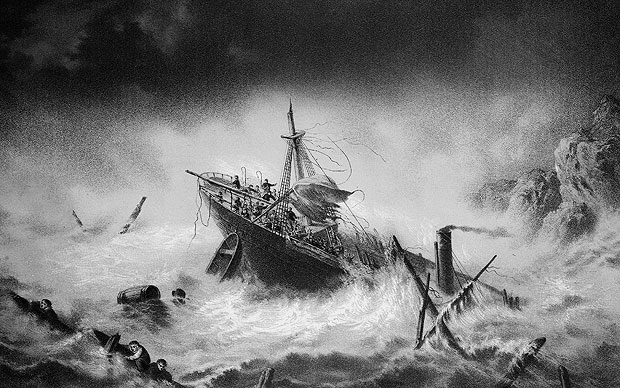 A traditional Catholic supporter of the new geocentrists recently insisted in an on-line discussion that the whole matter is a “tempest in a teapot”. To him “[Robert Sungenis] is clearly no threat to the integrity of faith and morals”. He asks, “Is the geocentrist theory a threat to faith and morals? No on all counts” and insists “At any rate, these people aren’t bothering anybody.”

These claims prompted me to finish an article that I’ve had in the works for a long time. Geocentrism as a scientific view is a massive exercise in special pleading gummed together with conspiracy theories. But taken by itself it is not theologically erroneous. The problem is that that geocentrists hold it first and foremost as a matter of faith. And for the Catholic geocentrists, this runs them right onto the rocks of an actual heresy that has been formally defined by the Catholic Church.

“Geocentrism: Tempest in a Teapot or Theological Shipwreck?”

Presented in three parts, this piece answers directly the brush-off that the new geocentrism “is clearly no threat to the integrity of faith and morals” and that the new geocentrists, “aren’t bothering anybody”. Not so. How ironic that in their zeal to uphold what they think is the “True Faith”, the Catholic geocentrists end up running into a serious theological error that has been formally condemned by the Catholic Church as heresy

Three other new articles support that thesis and also highlight the defective scholarship of the new geocentrists:

“Geocentrism and the First Vatican Council”, highlights still further the serious theological challenges faced by the new geocentrists. It’s not just the 1820-22 decrees that they have to face declaring that there are “no obstacles” or “any difficulties” for Catholics to hold to non-geocentric views, but many other official acts since then.

“Sungenis and Pius VII: Turning the Evidence on Its Head”, in which Robert Sungenis gets the import of an entry in the Acta of the Holy Office exactly backwards, and…..

“It’s All in the Translation”, in which Sungenis mistranslates a French word and misconstrues a scholar’s meaning.

Now, for those who come at this issue more from the vantage of what sacred Scripture has to say on the matter, please consider these articles:

“Sungenis Looses What He Has Bound on Joshua 10”, in which Sungenis himself admits that there are “inumerable” ways in which God could have accomplished the miracle recorded in Joshua 10 and,

“Geocentrism and the Pitfalls of Over-literal Interpretation”, highlighting the sometimes humerous results when one applies a wooden literalism, even to the poetic parts of sacred Scripture.

This entry was posted in Magisterium, Theology. Bookmark the permalink.