It’s All In the Translation

What a difference a correct translation can make.

Robert Sungenis has gone on and on (and on!) about the supposed deceit and duplicity of Fr. Benedetto Maurizio Olivieri—the commissary general of the Holy Office during the reign of Pope Pius VII—in successfully convincing the Holy Office and the Holy Father to issue a decree stating that Catholics are free to hold to the scientific view of the mobility of the earth. 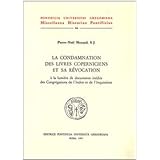 In previous editions of Galileo Was Wrong (GWW) Sungenis tarred Fr. Olivieri with numerous disrespectful and slanderous charges and epithets—“devious”, “deceptive”, “duplicity”, “malicious distortion of the historical record”, “outright falsehood”, etc. (all the while deploying numerous errors of his own: see here and here.)  In the latest (9th) edition, Sungenis piles on even more accusations.  And now he has tried to enlist the support of Galileo scholar Fr. Pierre-Noel Mayaud, S. J.  Specifically he claims that Fr. Mayaud joins him in accusing Fr. Olivieri of “deception”.  Here’s the passage from GWW:

One may easily imaging what the deception of Olivieri [la déception d’Olivieri] was in this year 1822. It is important to notice here the “for some other reason,” which arises from the “unless something else opposes it” of the last paragraph of September 11, 1822 (‘supra’ p. 245). This however would be a scruple of the last hour. It should have partly motivated certain cardinals of the Inquisitors for the suspension; or was there something else which had caused the prohibition? It should have been sufficient to respond to them that the decree of 1616, as we have at length shown, presented a completely exceptional character in the formulation, for it explained the motive of the prohibition, the knowing of an ‘instruction of the Pythagorean teaching, contrary to the Scriptures’ (what none of the decrees of that time did in regard to the prohibited books), and that it did not show anything else!  [GWW3, 9th ed., p. 368; citing Mayaud, La condamnation des livres Coperniciens et sa revocation, pp. 265f.; emphasis mine.]

The stilted nature of this translation from Mayaud’s work suggests that Sungenis may have been using some sort of machine translator, not a human, to render these passages. There are numerous translations like this in the latest edition of GWW, so awkward that one can hardly make heads or tails of what is being said.

Regardless of who or what made the translations, Sungenis has missed the fact that déception in French is a so-called faux ami; in English it does not mean deception, but rather disappointment.  So the passage should run, “One may easily imagine the disappointment of Olivieri in the year 1822.”  Fr. Olivieri found it personally disappointing that the Holy Office delayed taking all Copernican works off of the Index of Forbidden Books until it could be determined that there was nothing else besides Copernicanism that would warrant their being on the Index.  But there was nothing deceptive or duplicitous in his actions.  He argued the case that modern cosmological views—with both a mobile sun and mobile earth—do not fall under the 1633 decree against Galileo (on this see The New Geocentrism and Strict Canonical Interpretation).  All was done in the open and in proper form.

The new geocentrists do not find Fr. Olivieri’s case convincing.  But so what?  All that matters is that the cardinal-prefects of the Holy Office and the Holy Father himself did find it convincing.  And from this came a magisterial decree stating that Catholics are free to hold to the mobility of the earth (see The Magisterium Rules: The Debate is Over).  If the geocentrists want to continue to push matters, they at least need to acknowledge that they advance their private view against the official teaching of the Magisterium.

The bottom line is that in his zeal to tar Fr. Olivieri, Sungenis has completely misconstrued this passage from Fr. Mayaud’s work, in large part because of his sloppy translation.  As I have said in previous articles, if you are going to accuse a Catholic priest of duplicity and deception, you at least need to get your facts straight.

As the French would say, c’est incroyable!

This entry was posted in Magisterium. Bookmark the permalink.