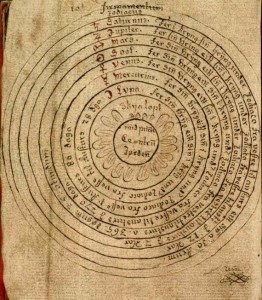 [Author’s note: Various critiques of this article have convinced me of the soundness of its core arguments. I think, though, that substituting the phrase “strict heliocentrism” for “strict Copernicanism” throughout the text would bring additional clarity to the argument.]

Both modern critics of the Catholic Church and modern Catholic geocentrists claim that during the Galileo incident the Catholic Church irrevocably committed itself to geocentric cosmology.   The modern critic concludes that since the Church quite obviously no longer binds Catholics to a geocentric worldview, this undermines the Church’s claim to be infallible in matters of faith and morals.  The new geocentrists want to uphold the integrity of the Catholic Church’s teaching, but do all they can to convince us that the seventeenth century condemnations of Galileo and Copernicanism are still “on the books” as it were and that they still bind Catholics today.  As Bob Sungenis claims:

Note that the judgment is not directed merely against Galileo; rather, the entire “proposition” of a non-moving sun, no matter who may countenance such a belief, is declared “formally heretical.” Hence, anyone who would adopt heliocentrism would automatically open themselves up to the judgment of formal heresy, based on this 1633 sentence (Galileo Was Wrong, vol. 2, p. 209, [henceforth GWW2]).

The problem facing the geocentrists is that there is no restriction whatsoever in the Catholic Church against disseminating and embracing non-geocentric views of the universe (quite the contrary, the pope explicitly ruled in 1820 that Catholics are perfectly free to hold non-geocentric views—see The Magisterium Rules: The Debate is Over.)  The new geocentrists consider this to be a great breakdown in Catholic discipline and hence a scandal.  But since they hold this position in common with modern critics—that the Catholic Church did irrevocably commit herself to geocentrism during the Galileo affair—they stake out a position replete with conspiracies and ecclesiastical subterfuge to explain away the obvious fact that the Catholic Church does not teach geocentric cosmology as a matter of doctrine.

Unfortunately, I have seen more than one modern Catholic have his peace disturbed and sometimes even his faith shaken by these claims.  This piece is written for just such Catholics who say, in all sincerity, “I want to believe what the Catholic Church teaches. If this teaching of geocentrism is what the Church teaches, if it’s still ‘on the books’, then I’ll believe it.  I don’t care if I look wacky or foolish in the eyes of the world, I want to believe all that the Church bids me believe.”

Certainly, this is a good, sincere, and noble sentiment.  But it’s completely unnecessary once one understands the Catholic Church’s handling of the matter of geocentrism.  I’ll demonstrate that the geocentrists have presented a false dichotomy and that Catholics can feel completely safe and comfortable ignoring their claims and accusations.

In this installment I want to focus on a principle that I’ve mentioned several times already.  The Catholic Church has held, from time immemorial, that canonical condemnations and penalties must be interpreted “strictly”, that is, they must be taken as narrowly and as affecting as few people as possible.  Geocentrists, on the other hand, interpret the various magisterial texts relating to geocentrism in just the opposite way—they interpret them as broadly and as affecting as many people as possible.  They quite literally flip the Church’s own standards of canonical interpretation on their head.

What is more, I’ll show that far from being my personal opinion, these were the very arguments placed before the Holy Office in 1820-22, at which time the Church removed the discipline against Copernicanism and gave permission for non-geocentric views to be disseminated in the Church.  The Church acted in full accord with her own stated principles with regard to the 1633 decree against Galileo.