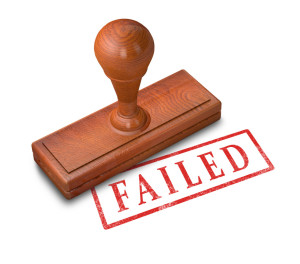 Robert Sungenis has repeatedly demonstrated mathematical and scientific incompetence throughout his efforts to promote geocentrism (see for example “Geocentrists Fail the Lagrange Point Challenge”, “Geocentric Physics: Is That All You’ve Got?”, “Elementary Physics Blunders”, “Sungenis Botches the Math Again”, and “Sungenis to Catholic Answers: Get Some Science Education!” He has topped it off with habitual plagiarism, conspiracy mongering, bogus academic credentials, and egregiously citing sources out of context.)

That incompetence was recently on display again in his two mutually exclusive but equally wrong attempts to answer the CMB Alignment Challenge. He literally doesn’t know what he’s talking about.

By way of background, in February of 2015 Dr. Alec MacAndrew and I posted “The CMB Alignment Challenge” in response to the panoply of extravagant claims made by the new geocentrists about certain unexpected features of the cosmic microwave background (CMB). Their claims include that the CMB multipole vectors, “point like an arrow . . . directly to the Earth”, “point directly to the Earth as the center”, and “show that the whole Universe is centered on the Earth”.

In the “The CMB Alignment Challenge” and its companion piece, “Yes, the CMB Misalignments Are a Problem for the New Geocentrists”, we demonstrated that the various CMB features are in fact significantly misaligned.  And while we agreed that any apparent, approximate alignments are interesting to physicists if they are expecting the features to be randomly aligned, the inexactness of these alignments certainly does not create anything like a sound foundation upon which to build the extravagant claims of the geocentrists. What’s more, we demonstrated that these features do not and cannot “point” at anything. And they do not define the center of anything – rather, by definition, they converge at the point of observation.

Specifically in “The CMB Alignment Challenge”, we challenged the geocentrists, inviting them in very specific terms to calculate the angles between various features themselves showing their own work and then either a) admit that Dr. MacAndrew’s calculations were correct and the alignments of the various features of the CMB are as he says or, b) demonstrate that Dr. MacAndrew’s calculations are incorrect and prove him to be mathematically incompetent. 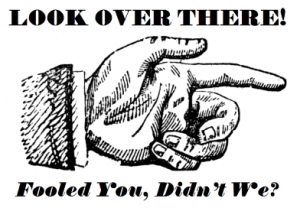 In March of 2015, Rick DeLano’s response to the CMB Challenge was to completely dismiss it with statements such as, “This ridiculous “challenge” has been answered at least five separate times on this thread” (link) and “The challenge has already been answered, over and over again, in peer reviewed publications which I have both cited and quoted from” (link). So, according to DeLano, the geocentrists weren’t going to take the CMB challenge because it had already been “answered” by others. This brush off was all bluster and no substance – neither Rick nor any of the studies he cited answered the challenge at all. As such, it appeared to be little more than a marketing-driven attempt at damage control.

It seems that at least Sungenis recognized the need to respond to the CMB Challenge, because on June 16, he posted a lengthy response to it on the Ask Robert About Geocentrism Facebook page. This response was “liked” and enthusiastically embraced by his followers. However, it was catastrophically flawed, shot through with multiple mathematical errors and scientific misunderstandings.

Interestingly, on or around 15 July 2015, on his main web site, Sungenis posted another response to the CMB Alignment Challenge that was quite different than his Facebook response; in fact, it was fundamentally incompatible with it. And like his Facebook response, it too was catastrophically flawed, shot through with mathematical errors and scientific misunderstandings. Somehow, Sungenis managed to deploy a completely new set of errors than in his first attempt. Oddly, to date, he hasn’t even attempted to reconcile his two attempts.

Of course, simple logic tells us that they cannot both be right. And as it turns out, they’re both wrong.

After some discussion, Dr. MacAndrew sent a thorough explanation of Sungenis’s errors to me in early August. Unfortunately my schedule has prevented me from getting this edited and posted until now – my apologies to Dr. MacAndrew for the delay. 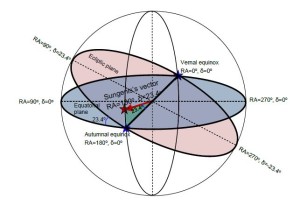 Here is just a sampling of Sungenis’s blunders: he “defines the ecliptic as a single direction or vector, whereas it is a plane that cannot be defined by a single direction”, “The direction he assigns to the ecliptic does not even lie in the ecliptic plane”, “He does a nonsensical calculation to get the quadrupole to dipole angle, by simply subtracting angles between non-planar directions that lie in 3D space”, “He calculates (incorrectly) and presents (proudly) hugely discordant angles between the quadrupole and equinox, and between the quadrupole and dipole, without recognising the absurd degree of discrepancy,” and “He inexplicably uses the wrong component separation algorithm (SEVEM instead of SMICA) to specify quadrupole and octopole directions, even though the original CMB Challenge was very clear that SMICA should be used, and he makes quite a number of additional fundamental math blunders.”

These and many other goofs and gaffes are documented in “Sungenis Fails the CMB Alignment Challenge”.  Ultimately, Dr. MacAndrew’s calculations and analysis stand – the CMB multipoles are misaligned, sometimes by quite a significant amount, they do not and cannot “point” at anything, and they do not define the center of anything.

Based on history, I predict that Sungenis and his geocentric followers will either dismiss MacAndrew’s detailed rebuttal as merely a matter of differing interpretation or, perhaps more likely, ignore the concrete demonstration of his errors and attempt to console their loyal followers by obfuscation and misdirection.

But let’s be clear about one thing. As we’re talking about mathematics here, there are objectively right and wrong answers. And, once again, Sungenis repeatedly got the answers wrong.  He has now failed the CMB Alignment Challenge, not once but twice, and in doing so has further demonstrated his mathematical and scientific incompetence.

See the details in “Sungenis Fails the CMB Alignment Challenge”