Paranoid Much? The “Principled” Response to Flat Earth Geocentrism 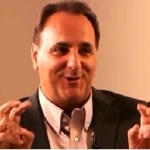 Perhaps not surprisingly, given their penchant for conspiracies [see here and here], the Ball Earth geocentrists smell a rat.  Specifically they contend that the Flat Earth outbreak is all about messing up the promotion of their movie on geocentrism, The Principle.  Ball Earth geocentrist Mark Wyatt first asserted that there was something nefarious going on in January 2016, on the conspiracy site Before It’s News:  “The flat earth explosion that started towards the end of 2014 is a direct attack to keep America and the world from seeing the documentary THE PRINCIPLE” (link).  His single piece of “evidence” for this “direct attack” was a Google Trends chart that shows the start of a rise in interest in Flat Earth geocentrism around that time frame.  More on this in a bit.

In a follow-up article, Wyatt takes the “it just has to be about us” meme to a ridiculous extreme:

The Guardian has written two stories about flat earth in January 2016, here and here.

The second article, “Flat-Earthers aren’t the only ones getting things wrong”, interestingly attempts to tie flat earth with “Galileo’s 17th Century Critics”, a jab at Robert Sungnis [sic] who wrote Galileo Was Wrong, and was Executive Producer of “THE PRINCIPLE”. Interestingly, also, they managed to do this while staying true to the media blackout of “THE PRINCIPLE”, by not mentioning who “Galileo’s 17th Century Critics” are… (link).

Wyatt’s sense of chronology seems a bit out of whack here.  Perhaps the reason Sungenis wasn’t explicitly mentioned as one of “Galileo’s 17th century critics” is because those critics all lived and died in, you know, the 17th century?  Unless Sungenis is considerably older than we’ve been told that seems fairly plausible.  Or perhaps Wyatt is right and there really is something more sinister going on here.  You decide. 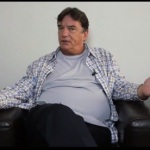 Let me tell you guys the truth, okay? Flat Earth is a psyop. It’s a psyop that was launched, not coincidentally, right around the time The Principle was released. Ah, and again emanates from certain Catholics circles who wanted to shut us down. If you wanted to discredit geocentrism, the first thing you do is tie it to Flat Earth so that every time you hear geocentrism the next thing you hear is flat earth. Brilliant. . . .

This thing was suddenly everywhere. Absolu…, everytime…I remember because I was in Chicago opening the film and every time I googled “The Principle” or “geocentrism” flat earth would be everywhere on my page. And I go, “Somebody is putting some serious money to get these links up on Google so high. What in the heck is going on?

And it turns out that, you know, some of the clever guys who really despise us in the Catholic Church, they went back and they said, “Oh, okay, so they’re going to interpret the Scriptures literally for geocentrism, let’s have them interpret the Scriptures literally for flat earth, it’s a dome you see, so we’re going to make them look stupid by saying that if you believe geocentrism you must believe flat earth.” Well somebody grabbed that and ran with it, as a psyop. . . . (link; at 1:15:50). 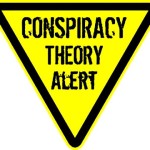 Displaying a staggering lack of self-reflection, DeLano – whose sidekick Robert Sungenis has publicly espoused a whole panoply of conspiracy theories and who regularly tells his followers that they are being “lied to” by the entire science establishment – nevertheless portrays Flat Earth geocentrism as a veritable conspiracy within a conspiracy:

See, here’s the appeal, the beautiful appeal. OK. Everybody knows everything is wobbling right now. Everybody knows they’re being lied to right now. Wouldn’t it be wonderful if you could say that every single thing that you have been taught in your whole life is a complete load of hooey and you’re being conspiratorially lied to — there are no satellites, we’ve never been to the moon, the moon is a little light up about 3000 miles above us and so’s the sun and there’s a dome above us and thus the Earth Is Flat! All of a sudden you are the keeper of the secret. This is Gnosticism on steroids. You have the secret and you and your friends are the only ones who have cracked the code and you have the evangelical fire in your belly to go out there and spread the word. Now, people are tired of having their religious views, their cultural views spat upon by the scientific elites. But they can’t fight these guys, they don’t know calculus. What an attractive world to enter, where you can be Einstein. Where you can be Kepler. Where you can be Galileo. Because you know the secret! Right? It’s an incredibly powerful and persuasive psychological operation. And it’s taken off like a rocket. And it was in fact launched, in my opinion — I have circumstantial but certainly only circumstantial evidence — that Flat Earth was deployed as a psyop with big money behind it to divert attention away from The Principle, to sort of set in everybody’s mind that geocentrism, oh that’s just like flat earth (link; at 1:17:30).

The fact is that Wyatt’s and DeLano’s conspiracy, like so many others, is made up out of whole cloth.  Let’s go ahead and assess it factually one point at a time, starting with DeLano’s claim that Google has closely linked Flat Earth with geocentrism and The Principle.

Google Searches for “The Principle” or “Geocentrism” had Flat Earth “Everywhere”?

This claim really had me saying “huh?”  I’ve been researching and writing about geocentrism for more than six years.  It shouldn’t surprise anybody that I have done my fair share of Google searches for “geocentrism” and more recently for “The Principle”.  I have never once seen Flat Earth come up prominently in any such search.  Certainly it’s not true right now.  Go ahead, try it yourself.  If I google “geocentrism” I find the first reference to “Flat Earth” twelve pages in.  If you google just “The Principle” it appears that you’ll never get a page that references “Flat Earth”.  If you google “The Principle movie” then references to “Flat Earth” start on page 4 of the searches, but they are all to documents and comments created in 2016 or later, too late to contribute to DeLano’s conspiratorial contentions.  One commenter on the interview with DeLano noticed the same thing I did and came to an interesting conclusion:

I did a google search and went 6 pages deep, Not once did “flat Earth” show along with “The Principle” Hmmm?, and I did the same in Youtube, same results?, Flat Earth is not a PsyOp, His explanation is the PsyOp (link).

Unless DeLano is going to contend that somebody put “serious money” to get all these links up on Google in late 2014 to coincide with the launch of The Principle and then managed to get them all down again, without anybody else noticing but him, his assertion looks very flimsy indeed.

There’s Big Money Behind It?

What about his assertion that there is “serious money” behind these nefarious schemes, or as he has said in any number of on-line venues that this alleged connection of Flat Earth Geocentrism with The Principle is “Very, very well funded….”?

Once again DeLano makes assertions without a shred of evidence to back them up.  He starts the interview stating, categorically and confidently, that “the truth” is that “Flat Earth is a psyop. It’s a psyop that was launched, not coincidentally, right around the time The Principle was released”.  But by the end of this part of the interview, he rolls that back rather sharply, ending on the note that “it was in fact launched, in my opinion – I have circumstantial but certainly only circumstantial evidence – that flat earth was deployed as a psyop with big money behind it to divert attention away from The Principle” (see links above.)

Circumstantial evidence like what?  The lone piece of circumstantial “evidence” that he or anybody else has offered for this conspiracy theory is that interest in Flat Earth geocentrism experienced an uptick in the same timeframe that The Principle was released.  By itself that’s hardly a sufficiently firm foundation on which to build DeLano’s more sweeping allegations of a “very, very well funded” “organized oppo” specifically targeting his movie.

This “psyop” emanates from “certain Catholic circles” and is backed by “some of the clever guys who really despise us in the Catholic Church”?

Well, again we have a lot of assertions, but no evidence.  On what basis does Rick conclude that this interest in Flat Earth geocentrism is masterminded by those of us who object to Rick and Sungenis et al. linking their crusade for Ball Earth geocentrism to the Catholic faith?  He gives no evidence for the assertion – not even circumstantial – so what is gratuitously asserted may be just as gratuitously denied.

With this much I’ll agree: Google Trends data do indeed show that interest in “Flat Earth” began gently to pick up at the very end of 2014 and has experienced rapid and sustained growth since then (as a side note, interest in “geocentrism” and “The Principle” have remained as flat as the Flat Earth.) 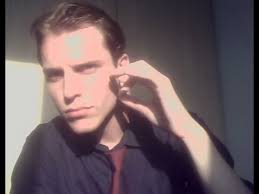 DeLano, et al. chalk this rise in Flat Earth popularity to a conspiracy specifically bent on making their movie look ridiculous.  But is there a more plausible explanation?  There is indeed.  Eric Dubay, one of the most prominent promoters of Flat Earth geocentrism, lays out the actions he was taking on behalf of Flat Earth as far back as 2008, leading to the publishing of a book and unveiling of a documentary in late 2014:

In 2008 teacher and author Eric Dubay (that’s me), began a web site and published a book titled The Atlantean Conspiracy which exposed among many other things Free Masonry, the fake moon landings, geocentricity, and even featured a quote from [International Flat Earth Research Society] president Charles K. Johnson. . . .

For the next several years I continued writing books and articles about various conspiracies and worked on building a huge social media presence by making multiple accounts, adding as many friends and followers as possible, joining and posting to as many groups and pages as possible. Over the course of a few years I began building up very large followings on Facebook, Google+, LinkedIn, Twitter, StumbleUpon, Pinterest, Tsu, and many other sites. To give you an example of their efficacy you can see here my main Google+ account with over 135 million views and my secondary one with over 87 million. . . .

In November of 2014, after years of researching and writing, I released my book The Flat-Earth Conspiracy, the first pro-Flat Earth book written in nearly fifty years. I simultaneously released a Flat-Earth Conspiracy documentary on Youtube, began giving radio interviews, and published several influential articles on the subject. Within a very short space of time the “Flat Earth” keyword saw a 600% rise in activity and Google search results jumped from a few thousand to over 21 million. . . . The moment when the Flat Earth tide shifted and the exponential growth of the movement began was clearly around and after November 2014, the exact month when I exploded all of my Flat Earth research onto the Internet (link at 1:27:36 and 1:30:25).

One is free to consider Eric Dubay himself as some sort of agent provocateur – certainly there are those even within the Flat Earth geocentrism movement who do.  But to connect his launch of Flat Earth material with The Principle, one would have to hold that these shadowy Catholic operatives anticipated the release of The Principle several years in advance and worked with Dubay to get his book written, his documentary created, and his social media presence established, all in anticipation of the moment when the Flat Earth meme could be unleashed to crush the Ball Earth opposition.

Anybody who could pull that off would have to be pretty darn clever, eh?

Hmmmmm.  Maybe that’s what really happened after all.

This entry was posted in Credibility, Flat Earth Geocentrism. Bookmark the permalink.