Sungenis Tries to Proposition His Readers

Geocentrist Robert Sungenis has for many years tried to give Geocentrism a veneer of scientific respectability by a continual appeal to out-of-context quotes from scientists writing from the perspective of General Relativity.  Sungenis would like to convince you that all of these scientists “allow for” Geocentrism.  But physicists writing from the vantage of General Relativity hold that any point in the universe can be treated “as if” it’s the center.  It is only to that extent that they “allow for” a kind of “geocentrism” – but then they would also allow for moon-centrism and Alpha Centauri-centrism and tip-of-my-nose-centrism. But since General Relativity inherently excludes the very concepts of an absolute center and absolute motion, these scientists most certainly do not allow for the strict Geocentrism espoused by Sungenis and Company.  The whole claim is built on a dishonest equivocation (for more, see “Equivocation, Thy Name is Geocentrism”).

Unlike some geocentrists, Sungenis does not limit his claim to General Relativity.  He goes so far as to claim that Newtonian mechanics too “allows for” strict Geocentrism.  And he’s recently tried to buttress this claim by appeal to an unpublished Proposition from Sir Isaac Newton: “perhaps he [David Palm] will believe Isaac Newton when he says the same as we do” and,

Newton allows the very thing that David Palm denies. Everyone thought that Newton’s mechanics would not allow geocentrism, but here even Newton himself realized, especially after talks with Christiaan Huygens, that if he expanded his own laws outside the solar system, the geocentric system becomes viable, precisely as Mach and Einstein said (“Everyone Allows Geocentrism, Except David Palm”, p. 9).

As usual, what Sungenis leaves out of the discussion is fatal to his case.

In this article we’ll see that Sungenis has used ellipses to cut out an important caveat included by Newton which makes Sungenis’s use of this proposition all the more problematic, and that in the end it doesn’t advance his case at all since there is absolutely no evidence to support the existence of the strange force about which Newton was speculating.

Newton’s Proposition 43 is a proposition like those that comprise his Principia, but one which he chose not to include in the famous work – it is unpublished and known only in manuscript form.  Sungenis quotes an English translation of this unpublished Proposition 43 in the body of the text of his 4th edition of Geocentrism 101 (and a Latin original in a footnote.)  The Latin text and English translation come from the work of Dr. G. E. Smith, professor emeritus of philosophy at Tufts University, in an unpublished article entitled, “Newtonian Relativity: A Neglected Manuscript, an Understressed Corollary” – we received a copy of this article from Dr. Smith and the story of how he came to possess this manuscript is fascinating, but that is his story to tell.

[NB: I [David Palm] originally stated that Sungenis did not document where he got the English translation of this proposition. The footnote on the English text in Geocentrism 101 takes one to the Latin text but not a reference, which led to my mistake. The next end note, however, does contain reference to Dr. Smith’s work and I missed it. This is my fault, I was not careful enough, and I apologize to Mr. Sungenis for the charge of plagiarism.]

So, About Those Ellipses…

In his own published work, Sungenis has cut out some of the text using ellipses.  Here’s his quotation of Dr. Smith’s English translation:

In order for the Earth to be at rest in the center of the system of the Sun, Planets, and Comets, there is required both universal gravity and another force in addition that acts on all bodies equally according to the quantity of matter in each of them and is equal and opposite to the accelerative gravity with which the Earth tends to the Sun…Since this force is equal and opposite to its gravity toward the Sun, the Earth can truly remain in equilibrium between these two forces and be at rest. And thus celestial bodies can move around the Earth at rest, as in the Tychonic system.

What did Sungenis cut out with the ellipses?  Newton additionally says, “For, such a force, acting on all bodies equally and along parallel lines, does not change their position among themselves, and permits bodies to move among themselves through the force of universal gravity in the same way as if it were not acting on them” (“Newtonian Relativity”, p. 9). 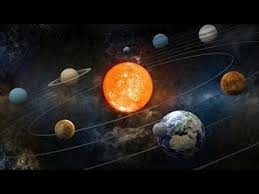 Proposition 43 builds on this by saying that if the entire solar system is acted on by a parallel force which is in the opposite direction to the Earth to Sun direction and which is proportional to the mass of each body such that the additional force on the Earth is equal and opposite to the force on the Earth caused by the Sun’s gravity, then the Earth can be at rest in the centre of the system, but otherwise the solar system orbits are not at all perturbed compared to what happens in the absence of this additional force.  Of course, if such an additional force were to exist, this can be seen to be true, because there would be two equal and opposite forces acting at all times on the Earth (the force of the sun’s gravity, and this additional force), so that the Earth would not be subject to any proper acceleration and so would be at rest.

Thus, in Newton’s view every body of the solar system, from the sun to the very outermost highly eccentrically orbiting comet has to have the force acting in parallel and which at all times is exactly opposite in direction to the sun’s gravitational attraction on the earth, and is proportional to the mass of each body but such that its magnitude at the earth exactly offsets the sun’s gravity at all times.  Since the direction of the strange force acting on all bodies must be parallel, its source has to be located a long way from the solar system and yet it has to have the same magnitude at the earth that the sun, located 1 AU away has.  And it would have to act at all times exactly opposite and with the same magnitude as the force of gravity of the Sun acting on the Earth, which force varies in magnitude over the course of the year (owing to the Earth’s elliptical orbit) and which changes direction through 360 degrees over the course of a year.

It is this combination of properties, including the property of the force acting on all solar system bodies along parallel lines, which Sungenis snipped away, that makes the postulated force so bizarre and unphysical.

Do You Have Any Evidence, Mr. Sungenis? 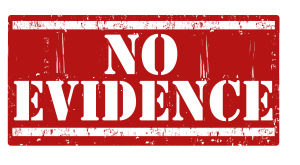 Is there any possible source for such a bizarre force as described in Proposition 43 acting on the Earth and the rest of the solar system?  Sungenis suggests centrifugal force.  That’s a non-starter.  The centrifugal force of what revolving around what?  If you read Proposition 43 carefully without the ellipses it’s clear that Newton’s suggestion is not a force resulting from universal gravity (he says: In order for the Earth to be at rest in the center of the system of the Sun, Planets, and Comets, there is required both universal gravity and another force in addition”), but some additional unknown force acting arbitrarily and exactly in the way he described.

There are overwhelming reasons to reject centrifugal force as the source of the additional force acting on the solar system.  First of all, Sungenis’s assertion that the Universe rotates and that the centrifugal force on each body exactly matches the gravitational force pulling the stars, galaxies and clusters together (dynamic stability) doesn’t work for many reasons, but particularly for a spherical ball-shaped universe, because, as we have seen in another context (see here), there is no centrifugal force acting on bodies on the polar axes.  For a given angular speed and distance from the Earth, the centrifugal force would be greatest on the equatorial plane and fall off as the cosine of declination, falling to zero on the polar axis.  This means that bodies away from the equatorial plane would have less and less centrifugal force acting on them to offset gravity.  This is why dynamically stable rotating systems, such as Saturn and its rings and its moons, or the solar system itself, or spiral galaxies are flat not spherically symmetric because a system of free falling bodies revolving about an axis will dynamically evolve to be flat.

Since there is zero evidence for such a bizarre force and no possible source for it even in his day, Proposition 43 is really no more than an idle (though ingenious) speculation.  This seems likely to be the real reason why Newton chose not to publish it.

So does Proposition 43 “allow for” strict Geocentrism and is Sungenis right that Sir Isaac “says the same as we do”?  Well, we have seen that the source of the Proposition 43 force cannot be centrifugal force.  So, for Geocentrism to be viable in light of the universal law of gravitation, there would have to be masses somewhere in the universe that at every instant of time are moving so as to be positioned perfectly to offset the enormous gravity of the Sun and other planets, thus leaving the Earth motionless.  Moreover, such masses would have to be sufficiently far away from the solar system so that they act on parallel lines on all objects in the solar system.  They would have to move so that they always acted on the Earth in a direction exactly opposite to the Sun’s gravity, rotating through 360 degrees in the course of a year.  The magnitude of the force would have to match the annual variation of the gravitational attraction of the Sun on the Earth caused by the ellipticity of the Earth’s orbit.  There is no observational evidence that such masses exist (see again, “It Really Is That Simple: Geocentrism Lacks Basic Evidence”.)

Newton suggests that the force needed could be from something other than universal gravity.  But again this purely imaginary force would then have to vary constantly in just the way needed to offset the complex movements of the Earth with respect to the Sun.  Given that such a force is bizarre, unphysical, and completely unsupported by physical evidence, we begin to see good reasons why Newton chose to leave this proposition unpublished.  And there is no reason to appeal to such a force, since there is a perfectly good explanation for why the Earth doesn’t plunge into the sun, namely, that it’s rotating around its star like any other planet, according to the universal law of gravitation.

So we see that Geocentrism’s appeal to Newtonian mechanics, especially to Newton’s unpublished Proposition 43, relies on the existence of bizarre, essentially magical forces for which there is not one shred of observational evidence.  Sir Isaac Newton is most certainly not saying the “same thing” as the new geocentrists – not even close.

Sungenis’s response to this is predictable.  He will likely assert (but not prove) that it doesn’t matter that he used ellipses to snip out the very part of Newton’s Proposition 43 that shows just how incompatible this view is with modern Geocentrism.

Since Newton’s “force, acting on all bodies equally and along parallel lines” is nowhere in evidence, how will Sungenis salvage his claim that Newtonian mechanics “allows for” Geocentrism?  We should all know by now.  He will ironically yet again turn away from Newtonian mechanics to deploy yet another quixotic appeal to General Relativity – a theory he vociferously rejects and a position which he chalks up literally as an atheistic plot hatched from syphilis-induced madness.  And as we have demonstrated, this appeal to General Relativity represents a fundamentally dishonest equivocation (see again “Equivocation, Thy Name is Geocentrism”).  But his followers will not notice the bait and switch and will swallow the manoeuvre hook, line, and sinker.