For the Fifth Time – The Roman Catechism Does Not Teach Geocentrism 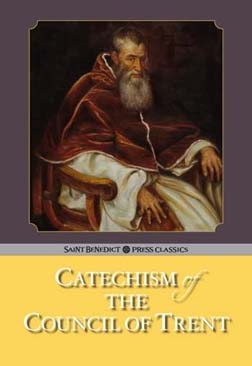 In his new book Scientific Heresies Bob Sungenis has repeated his long-refuted argument that the Roman Catechism, also known as the Catechism of Trent, teaches strict Geocentrism as a doctrine of divine faith, that is, something that Catholics must believe as a matter of faith.  Sungenis goes so far as to speak of “the Roman Catechism’s dogmatic assertion of geocentrism” (p. 344.)

For this to be a “dogmatic assertion of geocentrism” at least two criteria would have to be met. First, the Catechism would have to make clear that it is presenting the physical system of strict Geocentrism as something divinely revealed and of necessary belief.  Second, it would have to do so in language that obliges the faithful to hold this view only and no other (see e.g. Catechism of the Catholic Church §88ff.)  Has Sungenis shown this to be the case?  Not by a long shot.

Sungenis claims that this Catechism “says the Earth ‘stands still’” (Scientific Heresies, p. 343).  And that would be at least a plausible argument in his favor, if only it was accurate.  The fact is that the Catechism does not use these words at all, even though Sungenis puts them in quotes.  I have challenged him publicly to show us where this Catechism says that the Earth “stands still” (see here and here; I know he’s seen these challenges because he’s responded to other parts of them.)  He can’t, because it doesn’t.  It’s unfortunate that he would for years continue to mislead readers with this long-refuted assertion. 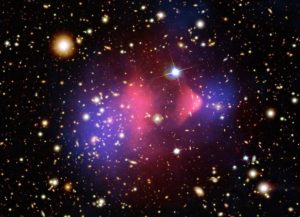 Sungenis also cites a few passages from the Tridentine Catechism that speak of the heavenly bodies.  One passage says that the heavenly bodies “are endowed with fixed and regular motion”, another speaks of “the stars by their motion and revolutions”, while a third fuller text refers to “the celestial bodies in a certain and uniform course, that nothing varies more than their continual revolution, while nothing is more fixed than their variety”.  This language is sufficiently generic that it could be safely pronounced by subscribers to almost any cosmological system.  It could have applied, for instance, at the time it was written, to the non-geocentric cosmological systems of Bishop Nicole Oresme and Cardinal Nicholas Cusa.  It could likewise be endorsed by any modern Catholic today who affirms the motion of the Earth around the Sun and rotating on its axis.  [I am not claiming that this Catechism affirms or denies or accommodates any particular cosmological system.  I’m saying its language is generic enough that it can be affirmed by adherents of different cosmological views.]

There is, however, another passage from the Roman Catechism that Sungenis relies on most heavily. He claims that this passage will “expel [sic] any doubt about what objects are revolving the catechism adds that the sun, moon and stars have a ‘continual revolution’.”  Here it is:

The earth [terram] also God commanded to stand in the midst of the world [mundi], rooted in its own foundation, and made the mountains ascend, and the plains descend into the place which he had founded for them. That the waters should not inundate the earth [terram], He set a bound which they shall not pass over; neither shall they return to cover the earth [terram]. He next not only clothed and adorned it [the terram] with trees and every variety of plant and flower, but filled it, as He had already filled the air and water, with innumerable kinds of living creatures.

I have explained to Sungenis at least four times now  (once in private correspondence and three times in public; see here, here, and here) why this text does not establish strict Geocentrism as a matter of faith.  Yet he has never really addressed my main argument, which is this: in the context of the passage, the Catechism is using terram = earth as it’s used in Gen 1:10, namely, to designate “dry land”, rather than the entire globe, and it can only mean this precisely because in this Catechism passage the terram is contrasted with the “air” and “water”. 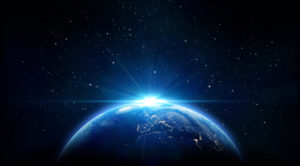 While mundus can mean “universe”, it can also just mean “world”, e.g., “Euntes in mundum universum prædicate Evangelium omni creaturæ,” “Go ye into the whole world and preach the gospel to every creature” (Mark 16:15).  The immediate context shows that the Catechism is using the word “earth” (terram) here to mean “land”, as distinct from the “air” and the “water”, and is using the word “world” (mundus) to mean the whole globe.  (This echoes the wording of Gen 1:10, “And God called the dry land [aridam], Earth [terram]”.)  Thus, when the Catechism speaks of the earth as being “rooted in its own foundation”, it means that the land is fixed in place with relation to the water, not in relation to the cosmos.  I argue that this is the only reasonable exegesis of this passage because of the wording of the last phrase, “He next not only clothed and adorned [the terram] with trees and every variety of plant and flower, but filled it, as He had already filled the air and water, with innumerable kinds of living creatures” (my emphasis.)

As many times as Sungenis has interacted with me on this text, he has never once engaged this specific argument.

Sungenis’s only counter-argument in written replies to me has been to insist that because this Catechism says that the terram was placed in the “midst” of the mundus (world), this must indicate that the terram was placed in the exact center of the mundus and therefore refers to the Earth being placed in the exact center of the universe.  But this doesn’t follow of necessity.  The Catechism, in this section, is drawing from the language of Genesis 1:9-10.  The earth was entirely covered in water and Gen 1:9 says that God gathered the waters in one place and the dry land (terram) appeared.  So, it is reasonable for the Catechism to say that the land was placed in the midst (in media) of the world.  That no more implies that things have to be in the exact center of the earth than me saying “I vacationed in the midst of the mountains” has to mean that I was at the mountains’ exact center.  Sungenis’s argument does not in any way nullify the most crucial point, which he has never addressed, namely that this Catechism clearly distinguishes the terram from the “air” and the “water”.  The only way that can be true is if terram here means “dry land”, not “entire Earth”.

This passage doesn’t represent a description of the globe’s place in the universe and it has no application to geocentrism.  I should note that the English version of this Catechism by J. A. McHugh and C. J. Callanon which appears in many places on the Internet (e.g. here) has the heading “Formation of the Universe” over this section.  This is a mistranslation of the Latin, De terrae creatione, which is correctly translated “Creation of the earth” (as in, e.g. the translation by J. Donovan; link).  It is perhaps this mistranslation—along with an insufficient attention to context—that has misled certain modern geocentrists to read this as if it addressed the earth’s place in the universe. 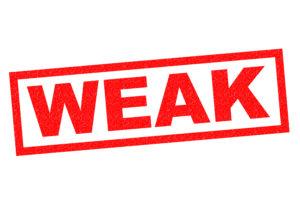 Sungenis calls this passage “One of the clearest official and authoritative statements from the Catholic Church defending the doctrine of geocentrism” (ibid., p. 340.)  If this is the clearest statement he’s got he’s in trouble, because it’s his burden to show that his interpretation is right and mine is wrong.  Otherwise, he’s effectively admitted that he’s building his case on a very flimsy foundation.  I‘m certain Sungenis will deploy a lot of words trying to “answer” this.  I’m equally confident he will not be able to exclude the view presented here and therefore his assertion that this passage is a clear, “dogmatic assertion of geocentrism” is ruled out as untenable. 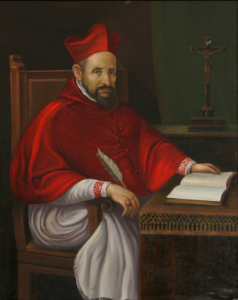 In light of these facts, I think it is no accident that nobody during the seventeenth-century controversy over strict Geocentrism – not the extremely astute Cardinal Bellarmine, nor the theological consultants to the Congregation of the Index in 1616, nor Fr. Melchior Inchofer the theological consultant to the Holy Office in 1633 – pointed to the Roman Catechism as an authoritative text proclaiming strict Geocentrism to be any part of the Catholic faith.  Remember that the Council of Trent and its Catechism were almost as close to them in time as Vatican II is to us.  Surely if, as Sungenis claims, this is, “a dogmatic assertion of geocentrism”, this would have been the first place they would have looked and it would have been the very centerpiece in the original Galileo controversy.  And yet this source was never brought up by the Congregation of the Index or the Congregation of the Holy Office or, as far as I have seen, by any individual before, during, or immediately after the Galileo affair.  Somehow, nobody thought to deploy what Sungenis now insists is a central argument in favor of Geocentrism being a doctrine of Faith.  The silence is deafening. That silence can be easily explained by realizing that the language of the Catechism is generic and therefore does not establish Geocentrism doctrinally.  In short, Sungenis’s reading of the text is a forced interpretation, not admitted by the text itself or the main players in the Galileo case.

So now that it has been shown to him yet a fifth time that the Roman Catechism does not teach strict Geocentrism, I hope that Sungenis will cease using this dead argument.  Given his history, however, I won’t hold my breath.

This entry was posted in Credibility, Magisterium, Science. Bookmark the permalink.