Geocentrism in the Fathers: A Matter of Natural Philosophy, Not Theology 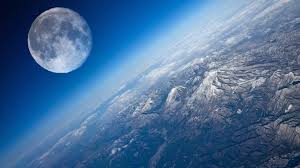 In “The Fathers Don’t Support an Immobile Earth” I cited Fr. Melchior Inchofer, S. J., a staunch opponent of Galileo and Copernicanism and an adviser to the Holy Office, admitting that the Fathers do not ever deal with the mobility of the Earth “clearly and positively”.  This poses a serious problem for the new geocentrists, since they have argued that the immobility of the Earth is the central issue in this controversy and that there exists a binding unanimous consensus of the Fathers on the matter.

Interestingly, Fr. Inchofer further supports this very conclusion in the same theological tract he wrote just prior to Galileo’s trial.  He states just what I did in my article, namely, that the Fathers of the Church presume their views on the immobility of the earth, drawing from the natural philosophers (scientists) of their day:

Regarding the Holy Fathers it must be noted that they presupposed, rather than argued, that the earth is at rest, in agreement with the common opinion of the philosophers (from R. J. Blackwell, Behind the Scenes at Galileo’s Trial, p. 119; emphasis mine.)

As I pointed out in “Geocentrism and the Unanimous Consent of the Fathers“, the Magisterium of the Catholic Church does not support the geocentrists’ private assertion that the Fathers are unanimous in teaching the immobility of the earth as a matter of faith.  Quite the contrary, twice any mention of the Fathers was actively removed from the text of a consultants’ report before official disciplinary decrees concerning Copernicanism were promulgated.  This is not just an argument from silence, then, this is an active suppression by the Magisterium of any mention of the Fathers of the Church with regard to the Copernican controversy.  And this for good reason — the Fathers held this as a matter of natural philosophy, not divine revelation, and the Church very wisely did not commit herself to an untenable position with regard to the Fathers.

This entry was posted in Fathers of the Church. Bookmark the permalink.