Sungenis and Pius VII: Turning the Evidence on its Head

In 1820, Fr. Filippo Anfossi, the Master of the Sacred Palace and hence chief censor for Rome at the time, denied an imprimatur to a book written by Canon Giuseppe Settele that presented the motion of the earth as a legitimate conclusion of science. The reason for the denial was that, in Anfossi’s opinion, such a view violated the 1633 decree of the Holy Office against Galileo. This priest is a veritable hero for Bob Sungenis; in fact, he has dedicated the recent 3rd volume of Galileo Was Wrong to Fr. Anfossi. 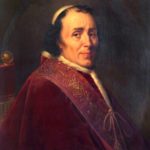 The problem for him is that Canon Settele appealed the decision to the Pope, who referred the matter to the Holy Office and out of that appeal came not only the imprimatur for Canon Settele’s work but a more general decree from Pope Pius VII that there is no obstacle whatsoever for Catholics to hold to the motion of the earth (see “The Magisterium Rules: The Debate is Over”).

This papal permission vexes the new geocentrists. And not surprisingly, given his affinity for conspiracy theories (see here and here), Bob Sungenis has concocted yet another one to try and undermine the legitimacy of this papal permission for Catholics to hold to non-geocentric views.

He places all the blame on the Commissary General of the Holy Office, Fr. Benedetto Olivieri. He piles epithet upon epithet – according to Sungenis, Fr. Olivieri was a “sophist”, “devious”, “deceptive”, “double-dealing”, “conniving and inept”, “good at bending the ear of the infirm and compliant Pius VII”, and is guilty of “duplicity”, “tortured logic”, “twisting the truth”, “calculating and deceptive motives” , “concocted analysis”, “specious argumentation”, “malicious distortion of the historical record”, “outright falsehood” and of “one of the most deceptive pieces of propaganda ever foisted on the Catholic Church”.

Ironically, Sungenis has made these specious accusations against Fr. Olivieri while making blunder after blunder himself (see here and here), including a gross mistranslation of one of his sources; see “It’s All in the Translation”.

Now, to further his conspiracy theory, Sungenis portrays Pius VII as being in the clutches of the wily and conniving Fr. Olivieri – a pope in his dotage, labeling him as “infirm and compliant” and then accuses him of “capitulation”. Sungenis claims that the pope was being actively manipulated. And in support of this claim, he points to a passage in the Acta of the Holy Office regarding Frs. Olivieri and Grandi (theological consultant to the Holy Office) and their ruling against Fr. Anfossi’s decision:

On the one hand, the author of the March 28, 1820 Acta refers to Pius VII’s acknowledgement of the Holy Office’s allowance for Settele’s imprimatur; on the other hand he emphasizes what he sees as the “indolence and dullness of this same Pontiff.” That such a scurrilous statement about the pope would appear in the Acta is quite surprising, nevertheless, it does suggest that Olivieri and Grandi were strong-arming both the pope and the Holy Office against Anfossi and taking advantage of the pope’s kindness and ill health (GWW3, 9th ed., p. 373.)

Such a statement in the Acta would be surprising if it meant that the author of the statement thought that the pope himself was being “strong-armed” into something.  But it would appear that Sungenis did not read this passage in its full context. When we do, a very different picture emerges. Far from being a slight of the pope, or of Frs. Olivieri and Grandi, what is actually asserted in the Acta is that Fr. Anfossi was being an obstructionist and was a man of bad judgment. If one actually reads the whole entry, it is Fr. Anfossi who is repeatedly excoriated and criticized. 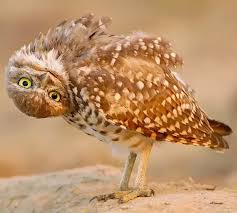 Thus, Sungenis has flipped this entry in the Acta of the Holy Office completely on its head. The sentence he highlights doesn’t suggest in the least that the pope was being “strong-armed” by Frs. Olivieri and Grassi. Quite the contrary, it means that in the opinion of the writer of the Acta the Pope was being too kind to Fr. Anfossi and should have been more forceful in getting him to obey! This Acta entry is extremely critical of Fr. Anfossi, and to the extent that it could be taken as critical of the pope, it is only to express the opinion that Pius VII was being too lenient with his intransigence.

There is not a shred of evidence here, “that Olivieri and Grandi were strong-arming both the pope and the Holy Office against Anfossi” as Sungenis claims. Quite the opposite. As such, once again, in Sungenis’s zeal to find a conspiracy behind the Church’s clear permission for Catholics to hold non-geocentric views, we are treated to a new series of blunders. In this case, the great irony is that, far from vindicating his view, it actually condemns the very man to whom he dedicated the third volume of Galileo Was Wrong.