by Dr. Alec MacAndrew  (edited from postings in the Catholic Answers Forum, here, here and here.)

I’d like to make a couple of points – one about the position of modern geocentrists with respect to the Church and the other about the science. 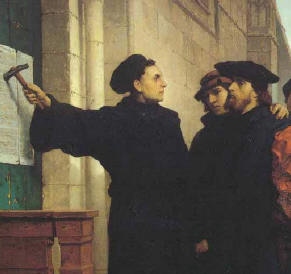 It seems to me, as a neutral observer outside the Church, that the stance of modern geocentrists, like excubitor, hansgeorg, cassini and Sungenis, who insist that geocentrism is a matter of faith, that Catholics apprised of the view of the geocentrists are bound to concur and that the teaching Magisterium of the Church has been in error for two hundred and fifty years or more, is incompatible with the obedience to the Church’s teaching that is demanded of good Catholics. It seems to me that to claim that one’s personal interpretation of Scripture and Tradition should take precedence over the teaching of the Magisterium seems to be more in the Protestant than the Catholic tradition. Moreover, if the Magisterium of the Church has been so far in error, so delinquent, on this matter of the earth’s physical relationship to the rest of the universe which the geocentrists would have us believe so important an article of faith, then what can we say about the validity, truth and force of the rest of the teaching of the Magisterium for the last 250 years? Once Catholics accept that the Magisterium is astray on one article of faith, how can they put any confidence in the teaching on other matters? David Palm has argued similar points with far more scholarship and nuance than I have, but I thought it worth putting the case bluntly.

I am astonished at the claim that the minute band of geocentrists within the Church are able to discern the truth of this matter more clearly than the popes and the rest of the Magisterium of the last 250 years, that the Church has effectively been in the grip of heresy for 250 years and that they and they alone are preserving the true teaching of the Church for the future (in the manner of the laity during the Arian debates – although I think that excubitor’s reading of that history is badly garbled) – what breathtaking hubris. . . .

Turning now to the scientific aspects of geocentrism, the first thing that is apparent is that modern geocentrists are not content to rely on their interpretation of Scripture and Tradition to inform their beliefs, but also put forward arguments based on observations of the natural world – ie scientific arguments. Even individuals who ultimately rely on the intervention of the supernatural (eg angels pushing the stars and planets in their courses), advance scientific arguments and quote scientists in support of their position. The two approaches are, of course, fundamentally incompatible. Scientific arguments only carry weight if one accepts the intelligibility of the natural world – that it behaves in a consistent way that is discernible by observation and reason. (Indeed the intelligibility of Nature is for me the single most powerful argument for the existence of God). Once you give up that idea, once you propose that the behaviour of the world lies beyond discovery, discernment and reason, then one might as well abandon all scientific endeavour because the only consistent explanation of any phenomenon is God, or God through His angels, acting arbitrarily and unpredictably. And that perspective is far from the Catholic tradition which, far from denying natural philosophy, lies at the root and foundation of modern science.

So let’s look at a couple of specific scientific errors made by the geocentrists.The first is to confuse kinematics and dynamics. The argument is sometimes made that the “maths” works equally well in both geocentric and any-other-centric systems. It is true that one can make a kinematic transformation (ironically, the Galilean transformation for non-relativistic cases, otherwise the Lorentz transformation) between any two frames of reference to describe the motion of any body as seen from any arbitrary frame of reference. However, what this fails to do is to describe the forces which lead to accelerations – it fails to explain the orbits of bodies around one another which Newtonian mechanics (or to be precise Newtonian mechanics as refined by GR) does. As I have explained elsewhere, if a flea jumps off the earth, it is not dynamically equivalent to claim that the earth jumped off the flea, because the absolutely measurable accelerations in the rest frame of the earth and the flea are different. 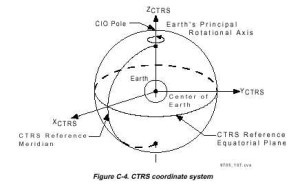 This brings us to the question of the equivalence of frames of reference. Geocentrists claim that all frames are equivalent, but this is not so – even in GR. All inertial frames of reference are equivalent, but accelerating frames, including rotating frames can absolutely be distinguished by the forces in those frames. It is true that constant motion is relative – the concept of absolute uniform motion (or as far as GR goes, absolute motion following space-like geodesics) is meaningless because there is not an absolute rest frame (by the way, there is an argument that the rest frame of the CMB can be interpreted as the rest frame of the universe – ie the frame in which the sum of linear and angular momentum of all mass/energy in the universe is zero – but by that definition the earth is definitely not motionless). We look at another galaxy and we see that we are getting closer, but there is no way to distinguish between the case that we are moving towards it or it is moving towards us. However, the concept of absolute acceleration is not meaningless – indeed accelerations can be measured in absolute terms by the forces that arise in the rest frames of accelerating bodies. Wherever a body can be shown to be accelerating or if it can be shown that its velocity is varying over time, it cannot be also permanently at rest (accepting for the sake of argument that the concept of absolute rest is meaningful). . . .

Kinematics and dynamics are not the same. The behaviour of systems can be predicted and explained by the forces acting on bodies. In such a dynamical system accelerations and orbits are caused by forces acting between and on bodies – this is an insightful and meaningful way to look at the orbital mechanics of celestial bodies by considering the forces and accelerations to be gravitational in origin. For a dynamical orbital system the bodies orbit the centre of mass the system – in the case of the solar system, a point near the sun’s surface or inside the sun depending on the position of the planets. The earth’s annual orbit around this point with a semimajor axis of 149.5 million kilometers and an eccentricity of 0.017 is consistent with all the other orbital systems that we observe – to say that the earth is stationary and that the sun orbits it requires one to indulge in special pleading for the earth’s situation and to abandon the principles of orbital mechanics for this one case. (Some geocentrists claim that the rest of the universe exactly balances the gravitational attraction of the sun thus keeping the earth motionless – but the largest gravitational field of an external body at the earth is the sun’s by many orders of magnitude – to the first order the earth’s orbit is not affected by the rest of the universe – although the moon and planets do cause some tiny perturbations in the earth’s orbit. The Hill sphere of a body is the region in which it dominates the gravitational influence of satellites against the perturbation of other bodies. The Hill sphere of the sun extends 230,000 times further than the distance from the earth to the sun. Since the sun completely dominates the gravitational field of external bodies at the earth then it is valid to describe the the earth as orbiting the centre of mass of the solar system annually.) 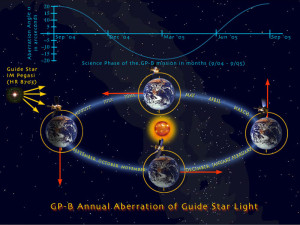 So observations of the behaviour of dynamical systems support the notion that the earth is in orbit and not at rest. Are there any other observations that are consistent with this? The answer is that stellar aberration (the effect of apparent changes in position of the stars as the earth orbits the sun) is not only utterly consistent with the parameters of earth’s orbit as derived from orbital mechanics (period, semi-major axis, velocity of earth and so on) but can only be explained by the motion of the earth. Note that stellar aberration follows the principle that we cannot measure absolute uniform motion, but that changes in motion are observable – it is the fact that the vector of the earth’s velocity varies over its orbit with respect to the vector of light propagation from the stars that causes the effect of stellar aberration. Earth cannot simultaneously have a varying velocity and yet be permanently at rest. No geocentrist has ever put forward a credible explanation for stellar aberration with a stationary fixed earth – nor can explain how the parameters of earth’s orbit derived from orbital mechanics exactly matches the observation or earth’s velocity as observed by stellar aberration.