The 1616 Report of the Theological Qualifiers Contains At Least One Error, As Even the Geocentrists Must Admit 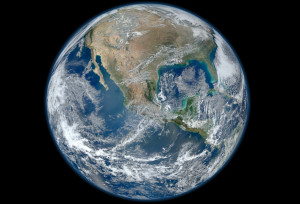 The geocentrists’ attempt to apply the label “formally heretical” to Copernicanism runs afoul of a strict reading of the 1633 decree, since those words of the 1616 committee report were cited but not formally adopted in the latter decree.
But there is an additional difficulty for the geocentrists who want to insist that the 1616 report of the theological qualifiers was formally adopted by the Holy Office rather than merely cited.  Even they must admit that the 1616 report’s insistence that a mobile earth is “false and absurd in philosophy” has now been proven to be wrong.  What is meant by “philosophy” in that report is, of course, natural philosophy or what we would today call science.  As I have pointed out elsewhere, there were in 1616 certain scientific questions raised by the proposition that the earth orbits the sun and revolves on its axis which could not be answered by the Copernicans.  These include the perception that if the earth was hurtling through space and rotating at such high speed we should experience a kind of “devastating motion” that would lay waste the surface of the earth.
But now even geocentrists have to admit that these objections have long since been answered—not least by the fact that we have actually placed probes on Venus and Mars which even the geocentrists have to admit revolve on their axes and there is no such “devastating motion” caused by their axial revolution.  And so we now know that there is nothing in principle absurd or false in natural philosophy, i.e. scientifically, with a mobile earth.  Therefore, even if they might be partially excused on the basis of the incomplete nature of the evidence presented to them in favor of the motion of the earth, the theological qualifiers of 1616 were wrong in at least this part of their ruling.
But how then can the geocentrists insist on the correctness of the theological ruling in the face of the obviously false philosophical ruling?  The only way that the geocentrists could get around this would be to try and prove (as I have seen some attempt) that “philosophy” here means something other than “natural philosophy”.  But then the torture that was never applied to Galileo himself would have to be applied instead to the text of the 1616 report and the 1633 decree.
Ultimately the geocentrists can avoid this real conundrum by simply adopting a canonically correct strict reading and by agreeing with the Commissary General of the Holy Office that the 1633 decree did not adopt but merely cited the 1616 report.
Back    Next