The 1633 Decree Strictly Addresses Copernicanism as a Unity: An Immobile Sun at the Center of the Universe and a Mobile Earth 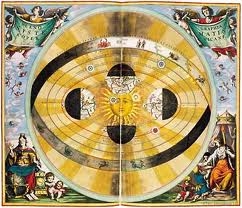 To the extent that it specifically addresses a doctrinal point, the 1633 decree strictly addresses Copernicanism as a unity.  Throughout, the decree addresses a singular doctrine/opinion which has two facets, an immobile sun at the center of the universe and a mobile earth:

“the false doctrine [NB: singular] taught by some that the Sun is the center of the world and immovable and that the Earth moves, and also with a diurnal motion”

“the false opinion [NB: singular] of the motion of the Earth and the stability of the Sun”

“the doctrine [NB: singular] of the motion of the Earth and the stability of the Sun is contrary to the Holy Scriptures and therefore cannot be defended or held.”

But as the Commissary General of the Holy Office rightly pointed out in 1820, during the “Settele affair” in which the Holy Office ruled that non-geocentric views could be disseminated in the Catholic Church:

Canon Giuseppe Settele had written a book presenting a non-geocentric view as its thesis and Fr. Anfossi, the Master of the Sacred Palace and hence chief censor for Rome at the time, denied it an imprimatur on the basis that such a view violates the 1633 decree.  But the Commissary General of the Holy Office argued—and the cardinal-prefects of the Holy Office agreed with him—that modern cosmological views are not addressed by the 1633 decree.  This is nothing other than a strict canonical reading of that decree.  And reading this decree strictly—that is, according to the Catholic Church’s immemorial canonical principles—it becomes clear that modern cosmological views do not fall under its condemnation at all.

Sungenis and other new geocentrists try to separate out the clauses that speak specifically of the earth’s motion, so that even though modern cosmological views no longer hold to an immobile sun at the center of the universe, they would still be condemned by this decree since they hold to an earth in motion.

But they err in thinking that the earth’s motion can be isolated from the immobility and centrality of the sun.  A strict canonical interpretation of the decree forbids such selective application.  Only Copernicanism as a unity, simultaneously embracing both an immobile sun at the center of the universe and a mobile earth, could fall under the strictures of this decree.  But no known living person has held such a view for centuries, nor is there any conceivable circumstance in which anybody would ever again.  So, at the very least, we may say that the 1633 decree of the Holy Office is a kind of ecclesiastical dead letter—it does not now nor ever will again apply to anybody. 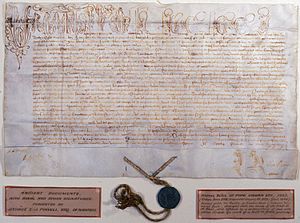 As we will see below, contrary to the claims of both modern critics and modern geocentrists, none of those conditions hold with respect to the 1633 decree of the Holy Office against Galileo.  But even if each and every one of them did hold, if we read that decree strictly according to the Catholic Church’s own perennial standards of canonical interpretation, the most that could be said is that the decree committed the Church to condemning Copernicanism as a unity, with an immobile sun at the center of the universe and a mobile earth.  But this position is held by no one and never will be again—it applies to nobody.

What is extremely interesting is that from a strictly scientific point of view, at least, Copernicanism, as a unity, has indeed been demonstrated to be false.  Scientists now agree that not a single one of the arguments that Galileo put forward in his Dialogues to “prove” Copernicanism—tides, sunspots, the phases of Venus, etc.—is valid today as a proof.  One could argue that the Church was right for the wrong reasons, but it remains that strictly speaking on the matter of Copernicanism, the Church was right and Galileo was wrong.

When the matter of geocentrism was again brought before the Holy Office for review in 1820-22, the cardinal-prefects of that Roman congregation were presented with a strict canonical interpretation of the 1633 decree.  On that basis they ruled that modern cosmological views could be disseminated in the Catholic Church and this received the approval of the pope.  Sungenis has characterized the actions of the Commissary General of the Holy Office in bringing this about as “devious”, as based on “calculating and deceptive motives”, “duplicity”, and numerous other slanderous allegations.  Ironically, he makes these charges while making blunder after blunder in his own analysis of the facts (see here and here for the evidence of Sungenis’s basic blunders.)

In a nutshell, Olivieri’s argument is that it was not heliocentrism, per se, that was condemned by the Church, but only Copernicus’ and Galileo’s version of it. This, of course, was an outright falsehood. As far as the Church was concerned, there were two choices – either the Earth moved or it did not. It made no difference to Paul V, Urban VIII, or even Benedict XIV who kept Copernicus, et al., on the Index in 1758, whether it was Galileo’s model, Kepler’s model, Newton’s model or anyone else’s. All of them were rejected and/or condemned because they made the Earth move, contrary to the literal reading of Scripture and the interpretation of it according to the unanimous consensus of the Church Fathers (GWW2, p. 249).

The statement above is long on assertions, but very short on evidence.  What I have already established is precisely that the Church’s perennial rules of canonical interpretation limit the application of the 1633 decree only to a strict Copernicanism, taken as a single doctrine containing two facets.  There is no canonical warrant for Sungenis’ ploy of breaking off the motion of the earth as a standalone doctrinal point.  Far from interpreting these canonical condemnations strictly, that is as narrowly as possible, he and the other geocentrists do exactly the opposite, interpreting them as broadly as possible.  In doing so they place their private judgment in opposition to the Church’s own canonical norms.

(It will be worth briefly refuting another cavil Sungenis aims at the proceedings of the Holy Office in 1820.  He asserts that, “Without the historical records of 1616 and 1633, we might say that the 1820 Inquisition was hobbling on one leg and perhaps should have postponed their decision until the records could be retrieved” (GWW2, p. 245).  But this is all insinuation.  Sungenis never says just what information the Holy Office would have found in those records that supposedly would have influenced the proceedings.  But, speaking of the opening of the full archives of the Galileo case, Prof. Francesco Beretta states, “This opening, officially celebrated in 1998, . . . failed to bring to light any sensational new knowledge” (“The Documents of Galileo’s Trial,” in Galileo and the Church, p. 193.)  Thus Sungenis’s insinuation may be set aside as an empty diversion.)

In 1822 the Holy Office issued this decree:

The most excellent [cardinals] have decreed that there must be no denial, by the present or by future Masters of the Sacred Apostolic Palace, of permission to print and to publish works which treat of the mobility of the earth and of the immobility of the sun, according to the common opinion of modern astronomers, as long as there are no other contrary indications, on the basis of the decrees of the Sacred Congregation of the Index of 1757 and of this Supreme [Holy Office] of 1820; and that those who would show themselves to be reluctant or would disobey, should be forced under punishments at the choice of [this] Sacred Congregation, with derogation of [their] claimed privileges, where necessary (cited by Fantoli, Galileo: For Copernicanism and For the Church, 475).

Fantoli notes that “This decree was approved two weeks later by Pope Pius VII” (ibid.)  It should be noted that by 1820 modern astronomers had abandoned strict Copernicanism (with its immobile sun at the center of the universe), recognizing that the sun also moves.  Therefore, it is quite accurate to say that the “common opinion of modern astronomers” then, as now, is not addressed in the 1633 decree.

The 1822 decree of the Holy Office is easily harmonized with the 1633 decree against Galileo.  But it actually has greater authority, since it proceeded from the same Roman congregation but in addition received the explicit approval of the pope.  And it goes further, attaching an explicit penalty failure to comply with its command that non-geocentric works be approved for publication.

The most the geocentrists can manage in response is to cobble together claims of conspiracy, subterfuge, and malfeasance.  But the Commissary General of the Holy Office chided the Master of the Sacred Palace Fr. Anfossi (who at times sounds remarkably like Sungenis) for his absence from the discussions in 1820, where the matters were openly discussed, difficulties were aired and vetted, and in the end the Cardinals who comprised the Holy Office were fully satisfied that the current views of Catholic astronomers were no longer to be censured:

the Most Rev. Father Master of the Sacred Palace was not present at the two said meetings of the consultants (I do not know for what reasons).  As a result, he was not aware of the proposal or of the discussion; and this was certainly unfortunate for him.  For he would have heard the difficulties which some advanced at first, the solutions which others gave, and the ideas which everyone presented, until at the second meeting everyone shared an admirable consensus . . . No less uniform were the feelings of the Most Eminent Lord Cardinals; thus the decision had all the signs of having been dictated by the Holy Spirit (Finnochiaro, Retrying, 204-5).

So there was no conspiracy, no subterfuge, no wrongdoing as Sungenis claims.  Rather, all was done openly and in good order.  The Holy Office had theological consultants prepare expert testimony.  There was back and forth discussion, with ample opportunity for both sides to present their cases.  The Holy Office officially sided with those who advocated the narrow interpretation of the seventeenth century decree and a broad allowance of views to be held within the Catholic Church.  And Pope Pius VII was willing at every step to approve.  This ended with a general, positive permission bearing the Pope’s signature. 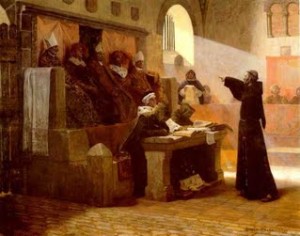 The fact is that the Commissary General acted fully in line with the Church’s perennial rules of canonical interpretation, which mandate that the 1633 decree against Galileo must be interpreted strictly, as narrowly as possible and as affecting as few people as possible.  This may not be convincing to Sungenis,  who has a private dogma to uphold, but it convinced the cardinal-prefects of the Holy Office and ultimately Pope Pius VII, which obviously matters a great deal more.  Pope John Paul II said rightly, then, that “the debate which had not ceased to evolve thereafter, was closed in 1820 with the imprimatur given to the work of Canon Settele” (Address to the Pontifical Academy of Sciences).

On the basis of strict canonical interpretation, no Catholic need have any scruple about holding modern cosmological views.  And no modern critic of the Church or modern geocentrist has any grounds to say that the Church is inconsistent in not objecting to non-geocentric views.  The 1633 decree must be interpreted strictly and on that basis is truly an ecclesiastical dead letter.