What is “Strict Interpretation”? 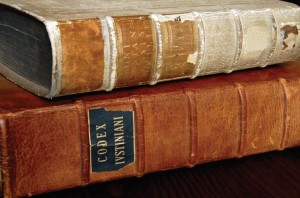 [Updated 02/16/19]
The Church’s immemorial rule for interpreting canonical condemnations is that they are to be interpreted strictly.  Here’s a definition of “strict interpretation” from J. A. Corden, An Introduction to Canon Law:

Laws that establish penalties, restrict the free exercise of rights, or contain an exception to the law must be interpreted strictly (c. 18) It is long-standing canonical tradition that restrictive laws must be narrowly applied.  Two of the ancient rules of law (Regulae Iuris, compiled in the year 1298) state that “adverse laws are to be restricted, favorable ones amplified,” and “penalties are to be interpreted benignly.”  Strict interpretation means that the sense of the words of the canon and the scope of its application are limited as much as reasonably possible (J. A. Coriden, An Introduction to Canon Law, 202-3).


So too from the distinguished canonist Stanislaus Woywod:

It has always been an axiom of interpretation of Canon Law that odious laws are to be explained in such a sense as not to unduly extend them to cases not strictly covered by the words of the law, while in favorable laws a more benign interpretation is allowed (The New Canon Law, 6).

The canonical maxim In poenis benignior est interpretatio facienda—“The most favourable interpretation should be adopted with regard to penalties”—has been part of the Church’s written code at least as far back as the reign of Pope Boniface VIII (A.D. 1294 – 1303), being contained in De Regulis Iuris in Sexto, Reg. 49 (REGULAE IURISIN VI DECRETALIUM BONIFACII VIII.)  It has been in continuous effect and is embodied in the 1917 and 1983 Codes of Canon Law (Canons 2219 and 18 respectively).  Note also these additional canonical principles, held in the Church since time immemorial:  Odia restringi, et favores convenit ampliari—”It is fitting that odious things be restricted and favourable ones extended” (r.15) —and In obscuris minimum est sequendum—”in obscure matters it is better to make the minimum decision”, r. 30; link).

Put simply, out of the Church’s generosity and mercy, condemnations and penalties are to be interpreted as narrowly as possible, that is, as affecting as few people as possible.
What does this mean when it’s applied to the 1633 decree against Galileo?  Basically, it essentially renders it an ecclesiastical “dead letter”.  That is, the specific doctrine that was addressed in that document is no longer held by any living person and never will be again.  The 1633 decree therefore applies to no one and Catholics today shouldn’t have any scruples about holding to non-geocentric views of the universe.
Let’s see how these canonical norms apply to the various documents that relate to the case of Copernicanism in general and Galileo specifically.  What I’ll demonstrate throughout is that, far from being some private reconstruction, these are precisely the conclusions put forth by the Commissary General of the Holy Office, Fr. Benedetto Maurizio Olivieri, when the Holy Office ruled to allow non-geocentric views to be disseminated in the Church (1820-22).  Although Sungenis has tarred Fr. Olivieri with numerous disrespectful and slanderous charges and epithets—“devious”, “deceptive”, “duplicity”, “malicious distortion of the historical record”, “outright falsehood”, etc. — the fact remains that the Commissary General’s line of reasoning was perfectly in line with the Catholic Church’s perennial canonical norms.  Both his reasoning and conclusions were correct.  He acted in full accord with the mind of the Church and his arguments were ultimately convincing to the cardinal-prefects of the Holy Office and Pope Pius VII.
Back   Next