What of the Declaration of Copernicanism as “Contrary To Scripture”? 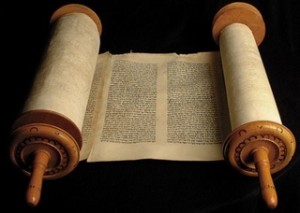 But we may ask why Copernicanism was considered to be contrary to Scripture.  The fact is that the 1633 decree does not say.  The new geocentrists will insist that it is because geocentrism is contrary to a literal interpretation of Scripture or because it is contrary to an alleged unanimous consent of the Fathers.  But the decree doesn’t say any of this—in fact, significantly, even the words of the theological qualifiers of 1616 to that effect have been dropped when that opinion was cited by both the 1616 decree of the Congregation of the Index and the 1633 decree of the Holy Office.
So we have no official, magisterial explanation.  We may apply our private reasoning to the question, but we have no basis to invest our private reasoning with any particular authority.  At least two possibilities present themselves.
First, the Bible does indicate that the sun moves, whereas Copernicanism holds that it is the immobile center of the universe.  This is brought out quite starkly in the 1616 decree of the Congregation of the Index, which condemns “the false Pythagorean doctrine, altogether contrary to the Holy Scripture, that the earth moves and the sun is motionless”.  Notice that this again addresses specifically the single “Pythagorean doctrine” which consists of two parts, a moving earth and motionless sun—taken strictly this applies only to Copernicanism as a unity.  But because the Bible does indicate the sun moves (but gives no scientific details about that), that “Pythagorean doctrine” could indeed be seen as contrary to Scripture.  Clearly, however, more modern views do hold that the sun moves and therefore they would not fall under this stricture.
But I think that there is another, more satisfactory answer that was put forward by the Commissary General of the Holy Office during the “Settele affair”.  Fr. Olivieri pointed out that the ground on which each proposition was considered contrary to Scripture in the 1616 qualifiers’ report is that these were considered “absurd and false in philosophy”.  By this is clearly meant natural philosophy or, as we would say now, science.
The fact is that Galileo hadn’t presented an overwhelming case with regard to the physical evidence and he hadn’t answered some key objections, such as how the movement of the Earth would not result in a “devastating motion” that would lay waste its surface and spin off its atmosphere. Thus, for those initially confronted with his views, it remained understandable that they were regarded as “absurd and false in philosophy” (i.e. scientifically).
But here, I think, is the key to the question.  To insist that Scripture teaches something “absurd and false in philosophy” is itself a theological error.  It can be argued that it was on those grounds that Galileo’s views were judged to be “contrary to Scripture”.  Here is how it was presented by the Commissary General of the Holy Office:

Please reflect that if philosophical absurdity (that is, falsity or absurdity recognized as such by the light of reason) is attributed to the words of Sacred Scripture, it becomes an interpretation which ecclesiastical authority can very well define as “contrary to Sacred Scripture”; and this is precisely our case (Finocchiaro, Retrying, p. 208).