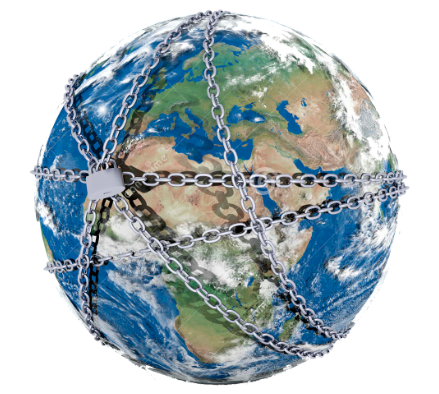 Here’s a great piece written on geocentrism just about five months ago. How did I miss this?

The author of, “Geocentrism: A Dangerous Pseudo-Science“, does an outstanding job of breaking geocentrism down both theologically and scientifically.  Here are some juicy samples:

“It’s not easy to be Catholic today, especially a Catholic of the “traditional” persuasion. As possibly the world’s most despised minority, we often find ourselves standing in opposition to what is accepted in areas ranging from religion to ethics to history. With all that we stand against, it is sometimes difficult to know where to draw the line, to stop categorically refusing to hear anything that comes from the modern world and to begin to understand that certain things held by modern experts in their fields are actually true. It is possible to reject and question too much. Doing so can be harmful to the Faith, as it gives rise to odd beliefs which turn traditional Catholicism into something that resembles a cult rather than the eternal Church.”

“In fact, geocentrism is neither good science, nor is it supported by scriptural exegesis or patristics, nor is it Catholic doctrine. Rather, it is a dated scientific theory which no longer fits the appearances and which has no direct bearing upon Catholicism.”

“Because of its nature as springing from scriptural misinterpretation rather than scientific data, geocentric “science” exhibits the convoluted, overly-complex nature of a pseudo-science, in which data is made to fit the system instead of the opposite. Phenomena that heliocentrism explains simply and easily require dozens of pages in Sungenis’ work, and are still not explained to any satisfaction.”

“Sungenis takes the attitude that modern science rejects the idea of ether because they wish to protect heliocentrism and relativity. He fails to see that he only believes in ether because he wishes to protect geocentrism. In this we see one of many examples of Sungenis doing what he accuses the modernists of doing: starting with a result which he wishes to hold and trying to find evidence to support it, rather than starting with the data and following it where it leads.”

“Sungenis is here treating the ether as if it were a very heavy, dense liquid swirling around the earth, the individual particles of which exert powerful, gear-like torque that prevents the torrent of ether as a whole from spinning the earth along with it. And yet he has himself described the ether as “frictionless” and “invisible” to matter  (so that the heavenly bodies can move through it without being affected or slowed down). Sungenis is trying to have his cake and eat it, too.”

“This is a classic example of the way Sungenis operates: by deluging his readers or listeners with dubious and nebulous information, relying on quantity to offset its lack of quality and clarity.”

“Possibly the biggest contradiction involves the way the earth is held in place by the rotating universe. Sungenis claims that the earth is held in the center of the universe by the gyroscopic effect of the rotation of the universe as transmitted through the ether. However, Sungenis contradicts himself by placing the stars in orbit not around the earth, but around the sun! He must do this in order to solve the problem of observable stellar parallax.”

“Sungenis states, “By force of logic, we are compelled to say that the stars are merely contained within the universal sphere, but are not necessarily the composite body by which the sphere is defined.” He should not say, “by force of logic,” but “by force of necessity.” There is no logic behind this assertion. There is no mechanism, no scientific explanation. But Sungenis’ system must have the stars rotating the sun or he could not explain parallax, yet also must have the universe rotate around the earth or it will, he thinks, contradict scripture. Therefore, he separates the stars from the “substance” of the universe (the ether) and lets the stars arbitrarily orbit the sun while the ether rotates around the earth.”

“The crux of the matter is this: whether one is geocentrist or heliocentrist simply does not matter. We should be wary of making what is already difficult for non-Catholics to accept even more difficult than is necessary. We should not let traditional Catholicism become cult-like. Rather than trying to convince the world that an obscure psuedo-scientific model that is only incidentally related to the Faith is correct, we traditional Catholics should instead expend our energy trying to convince the world that the doctrines and teachings of the Church on faith and morals are true. Not only are these teachings rationally tenable, they also have immediate relevance to virtuous living, a quality which geocentrism can never claim.”

This entry was posted in Fathers of the Church, Magisterium, Science, Scripture, Theology. Bookmark the permalink.