“The CMB and Geocentrism“

The new geocentrists have placed a huge amount of emphasis on data recently obtained by several space probes which measured the cosmic microwave background or CMB.  Specifically, they claim that not only do these new discoveries spell the death knell for current “big bang” cosmology, but that various approximate alignments in the CMB somehow “point” directly at the Earth, making this a major plank in their case that the Earth is the motionless center of the whole universe.

Dr. Alec MacAndrew has recently completed an important new piece — “The CMB and Geocentrism” —  which not only explains what the CMB is and how its existence was predicted by the same standard cosmological theory the geocentrists loath, but also thoroughly rebuts these extravagant claims of the new geocentrists—while at the same time acknowledging that there are interesting anomalies in the CMB data that require further research and explanation.

Dr. MacAndrew’s article is well worth reading in full, but below are my own “take away” points, followed by some salient quotes to whet your appetite for more.

To make my own scientific prediction, you will never see a straight answer to that question from the new geocentrists.

Now, some excerpts from Alec MacAndrew’s The CMB and Geocentrism: 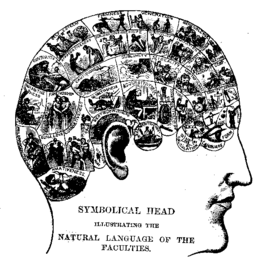 The geocentrists approach to the issue is deeply unscientific, in the sense that they are committed a priori to the idea that the Earth is static in the exact centre of the Universe, and they excavate and use any piece of evidence that appears to support their case – even if it is fundamentally incompatible with some other argument that they have made elsewhere. Their belief is unshakeable in the face of any and all evidence to the contrary. What’s more, by misunderstanding or misrepresentation they often mangle the science, and they make far stronger claims than the evidence warrants, as we shall see.

The New Geocentrists would have you believe that ΛCDM, indeed all of modern cosmology, is a theory in crisis and that the entire edifice is about to collapse, clearing a building site for a geocentric temple. The reality is different – astronomical and astrophysical observations over the last two decades have strengthened the evidence for the Standard Model or something very like it. There is no conspiracy of silence – anomalies and other pieces of evidence challenging the Standard Model, such as they are, are all detected, identified, published and discussed openly by the physics community without whom the new geocentrists would not be aware that the CMB exists, much less that there are unexplained anomalies associated with it.

Is it possible that ΛCDM is entirely wrong and that cosmologists, astrophysicists and theoretical physicists have been barking up the wrong tree for decades? Of course it is possible. There is no absolute proof in science and it is possible that some future observation or combination of observations will force a reassessment of the fundamentals. However, given the complex interlocking empirical evidence it is unlikely that ΛCDM is entirely wrong; and even if it is, that doesn’t imply that geocentrism or anything like it is correct. The fallacy of False Dichotomy, “you are wrong so I must be right”, is one of which the geocentrists are frequently and unashamedly guilty.  With that in mind, it’s time now to look at the anomalies in the CMB that don’t appear to fit the Standard Model. 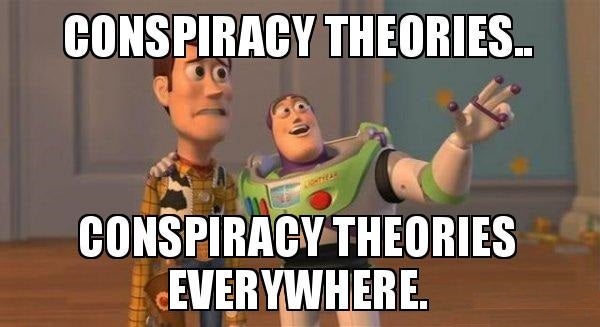 Let’s look at the geocentrists’ position regarding their private story about cosmology and the CMB measurements (and really about Enlightenment science in general). For them, cosmology (indeed all of physics from Copernicus onwards) is a huge modernist conspiracy to displace the Earth in the minds of the public from what they see as its rightful place in the centre of the cosmos. They believe that “inconvenient” discoveries are swept under the carpet to maintain the conspiracy of silence that the science community has erected, and that in their movie, they are tearing down this veil for everyone’s benefit. As far as they are concerned, science in general and physics in particular is an atheistic plot to undermine Man’s special place in the universe. Well, if the disciplines of cosmology and physics are conspiring with atheists in this way, it must be the most incompetent and impotent conspiracy of all time. What sort of conspirators rush to publish “inconvenient” findings as soon as they are discovered and openly discuss their implications for the conspiracy? The geocentric crew would have no idea that the CMB has anisotropies and that some of those anisotropies are anomalous if it were not for the scientific publications of the very same people they regard as conspirators. For heaven’s sake, they wouldn’t even be aware of the existence of the CMB without them.

Sungenis lambasts cosmologists for modifying the Big Bang model by introducing inflation, dark matter and dark energy but fails to acknowledge that modifying the hypothesis to take account of new observations is how science works. People don’t propose overarching scientific theories out of the blue that are absolutely correct in every tiny detail like some vast infallible revelation. Our understanding of the Universe is gradually improved, step by step by a few clever ideas, a vast quantity of hard labour and false starts, dead ends, and breakthroughs. Physics and cosmology is a work in progress, and the fact that the Standard Model has evolved over time to accommodate new observations is a crucial strength – going where the evidence leads is what makes science the best way that we know to understand the natural world. [NB: One could add that the new geocentrists regularly feel perfectly free to make up ad hoc “explanations” for various phenomena, modify their position at will (e.g. their “explanation” for stellar parallax), and pull “evidence” for their position out of thin air.]

What hope do the geocentrists have to understand it and to draw reasoned conclusions from the measurements, devoid as they are of scientific training and mathematical skills?

The geocentrists’ key misunderstanding of the science which is the foundation for their most vociferous claims is their misinterpretation of the directional alignment of the multipoles as data which yields positional information. The alignments, anomalous as they are, carry no information about the location of the Earth or any other object.

The fact that there are unexplained anomalies in the CMB is undeniable and no-one is seeking to deny it. But the key question is whether these anomalies warrant the rhetoric and extreme claims of the geocentrists.

In all of these quotes, the geocentrists interpret the vectors that define the orientation of the multipoles to be carrying positional information. In other words, they imagine that the multipole vectors are lines which pass through the Earth, and coincide at the Earth in a unique manner. They imagine that there is no other planet or star or other body in the Universe where the vectors coincide, and that therefore they uniquely point to the Earth’s location. However, this interpretation is simply wrong. The vectors define directions but carry no information about location. They are not unique lines on which the Earth is located. They don’t *point* to anything.

What’s more, most of the planets in our solar system have orbits that align with the quadrupole and octopole to much the same degree that the Earth does. In fact, because the alignment of the multipoles with the ecliptic is only approximate, there is a vast number of planets in our galaxy (as well as an unimaginably large number in other galaxies) that have orbits that align more precisely with the quadrupole and octopole than the Earth does. The anomalous CMB alignments simply do not distinguish the Earth in the way the geocentrists imagine that they do, and they certainly don’t point to it as being in any way central.

the alignment of low multipoles does not change very rapidly with distance because of the size of the structures that give rise to them (remember that the octopole has only eight lobes and the quadrupole just four lobes on the entire sky) – the low multipoles represent vast structures in the present universe. So the CMB alignments would be the same not just at the Earth, but anywhere within a few billion light years of the Earth. They give directional but not positional information. 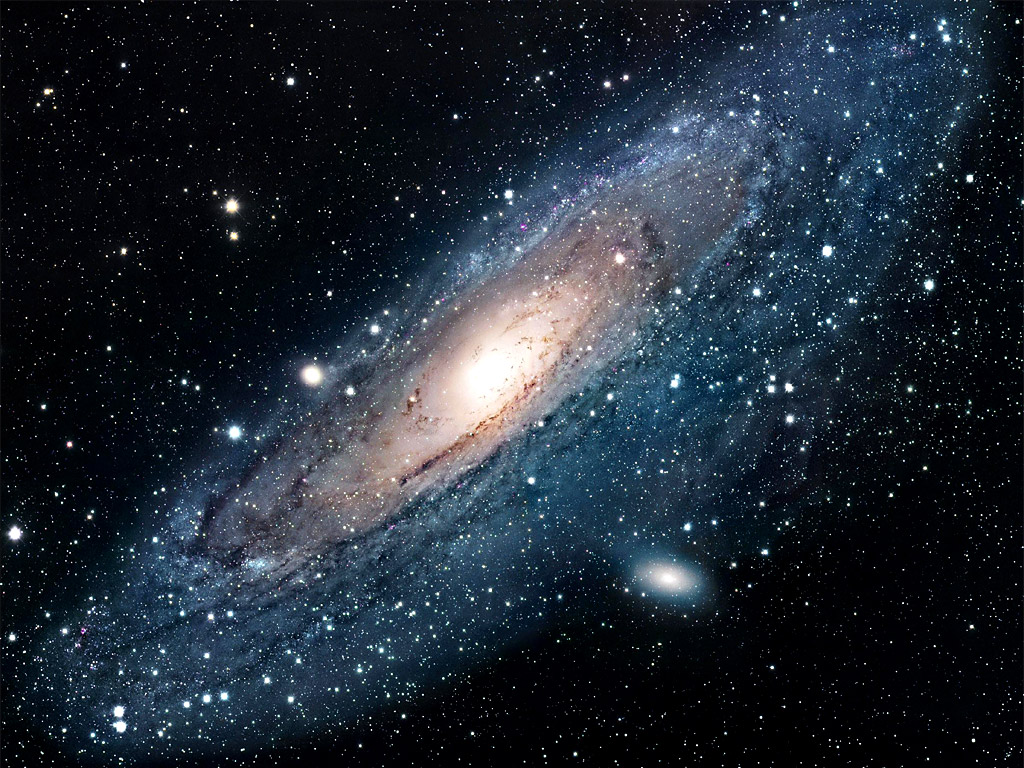 In order to demonstrate that a violation of the Cosmological Principle results in the Earth being a special or privileged place, one needs at least a clear definition of what is meant by being in a special or privileged place. Well, at least we know what the New Geocentrists mean by it – they mean that the Earth is physically static and at the precise centre of the Universe. Violations of the Cosmological Principle in themselves are not evidence for this.

The Universe does not have to conform to our preconceptions. There is no guarantee that the physics of the Universe is simple, and no reason to think that we won’t continue to discover more about the details the closer we look. Geocentrists project their own way of doing “science” on to professional scientists. They are wedded to a particular a priori conclusion and so they think the professionals are the same. They fear and ignore evidence contrary to their conclusion, so they believe that the professional must do the same. In fact, cosmologists and astrophysicists welcome novel signals (and the anomalies can be regarded like that) that lead to better understanding of known processes or the discovery of new processes. If you read the primary literature, you’ll find that that is the tone of the discussion about the detection of the anomalies – people are intrigued and excited by what they might mean rather than fearful that they might destroy some cherished theory.

Sungenis, DeLano and their friends are very good at sitting on the side-lines and throwing bricks at the scientific community but they haven’t felt the need to create a model of their own.

They spend much of their energy impotently opposing one or other of these concepts (quite often using one, which they deny, as an argument against another, which they are trying to deny – consistency is not their strong suit) but very little energy, indeed none at all, in developing a model that is cosmologically and astronomically valid and self-consistent, and which supports their assertions. Such a model should explain all of the huge quantity of observations of the cosmos . . . They would need to do all this with a model that is self-consistent (so it must have no major internal inconsistencies and contradictions), quantified (so it would have to be mathematically based) and provide at least the same, and preferably better, quantifiable predictions as the model it replaces . . . That’s a tall order for a handful of people who mostly have neither physics education nor mathematical skill. After all, the Standard Model has been developed by tens of thousands of professionals over more than a hundred years. You might accuse me of being unfair and you’d be right. We shouldn’t expect them to be able to do this. But on the other hand, if they can’t even set out the bare-bones framework of such a model that doesn’t fall at the first empirical hurdle, and which has at least the potential to meet the criteria above, how do they know that the standard model that they are opposed to is as wrong as they say it is?