Sungenis Gets Personal With “Anthony T” and Goofs Again 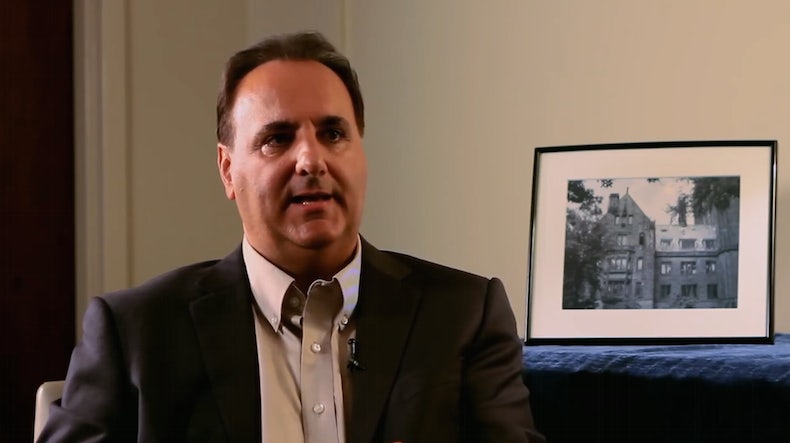 A few months ago I posted a link to a great critique of geocentrism by “Anthony T” entitled  “Geocentrism: A Dangerous Pseudo-Science”.  Predictably, Robert Sungenis responded to “Anthony”, at ridiculous length.  But right out of the starting gate Sungenis got personal, making a whole passel of personal statements about “Anthony”, which turn out to be shot through with falsehoods.

Now I’ve always contended that if you’re going to get personal and negative about somebody in a public forum, the least you can do is get your facts straight. But as we’ve seen in our recent line-up concerning the credibility of the new geocentrists getting the facts straight isn’t on the top of Bob Sungenis’s priority list.  “Winning” the argument at any cost seems to be what matters most.  Some may respond that these personal issues don’t matter and that the focus should remain exclusively on the science and theology.   From a scientific standpoint the geocentrists have been effectively rebutted, both on this site and elsewhere (see Geocentrism as Bad Science); ditto for theology (see Geocentrism as Bad Theology).  But let’s face it, most people don’t have the time or energy to sift through lengthy and elaborate theories and arguments.  As such, at some point, it’s reasonable that it comes down to who is credible and who is not.  And whether it’s habitual plagiarism, conspiracy mongering, bogus academic credentials, basic blunders in science and math, egregiously citing sources out of context, and now false personal attacks, Sungenis just doesn’t come off as credible.

As it stands, “Anthony” responded to Sungenis’s allegations in another great article, “A Geocentrist Stuggles with Scripture, Aquinas, and the Popes”.  Remarkably, Sungenis managed to flub just about everything he said in his attempt to discredit his opponent.

For example, in “A Catholic Traditionalist Struggles With Geocentrism” he alleged that “Anthony” “now teaches at an SSPX high school” (p. 1).  And this is falsehood #1 – simply put, “Anthony” doesn’t teach at an SSPX (Society of St. Pius X) high school and never has.

But more seriously, Sungenis alleged that “Anthony” is, “the same person who barged into a lecture on geocentrism I gave in Coeur d’Alene a few years ago and started shouting at me from the back of the auditorium” (ibid.)  Of course this is intended to cast “Anthony” as some sort of raving lunatic.

The problem, again, is that it’s all wrong.  Even worse, Sungenis knows better.

For starters, I’ve received eyewitness information concerning this event and no one “barged in” at all – all the attendees sat respectfully through the presentation without interruption.  And I’ve also listened to an audio recording of the Q & A that followed and I can affirm that there was no “shouting” either.  So, falsehoods #2 and #3 – there was no “barging”, there was no “shouting”.  As such, Sungenis completely fabricated both of these claims.

But the most egregious falsehood of all?  “Anthony” was certainly not the questioner and Sungenis, of all people, knows (or should know) this.  How?  Because, as the audio recording of the event demonstrates, Sungenis specifically asked the questioner for his name, first and last, and then even had him repeat it!  So call it falsehood #4.  There are a few other gaffes, but you get the idea.  As such, in his attempt to discredit “Anthony” through personal attack, Sungenis managed to pile blunder upon demonstrable blunder.

After making so many false personal accusations against one individual, one might conclude that it couldn’t get any worse for Sungenis.  And one would be wrong.  Remarkably, after “Anthony” proved that Sungenis’s personal accusations against him were all false, Sungenis not only didn’t have the decency to apologize for and retract his slanders, he had the temerity to portray his refusal as proof of his personal virtue (calling it an unwillingness to engage in “ad hominem”)!  Even for Sungenis, this was really quite a whopper.

In at least a couple of the numerous instances when Sungenis has been caught telling demonstrable falsehoods about his critics, he’s blamed it on his faulty memory (although I can’t remember a single time in which his “faulty memory” did not acrue to his benefit.)  So perhaps that’s the most charitable explanation here — Sungenis’s recollection is faulty, so he invented the details he needed to paint his opponent in the worst possible light. “Anthony” is hardly the first person to whom this has happened — it’s part of a pattern that’s been played out against Bishop Kevin Rhoades, Michael Forrest, Karl Keating, Roy Schoeman, Dave Armstrong, Ben Douglass, yours truly, and many others (I’d urge the reader to take a look at the material at those links — it is eye-opening, to say the least.)  However, as Sungenis admits to a faulty memory, then he ought to know better than to make such public accusations without first verifying the facts.  For his repeated failure in that regard, there is no good excuse.

So in the face of yet another personal attack that turns out to be shot through with demonstrable falsehoods, the issue of credibility quite rightly comes to the fore. Sungenis wants us to believe that he is uniquely qualified and competent to overturn the entire world of physics and astrophysics. He wants us to believe that he is uniquely trustworthy and honest in his dealing with the scientific data. But a reasonable person will question whether it makes a lot of sense to rely on a person who habitually plagiarizes, touts bogus academic credentials, publicly espoused a panoply of whacky conspiracy theories over the course of over a decade, makes basic blunders in science and math, and when resorting to blatant personal attacks doesn’t care enough to get the facts straight.