The Politics of Promoting Geocentrism

What is the movie The Principle really about? And do its producers believe that science has proven that the Earth occupies the very center of the universe?

Some people may understandably be confused because the producers have given diametrically opposed answers to these questions. For instance, Rick DeLano was recently interviewed on ScienceFiction.com (remarkably appropriate venue, that) and had this to say about the status of geocentrism as a theory and The Principle’s treatment of it: 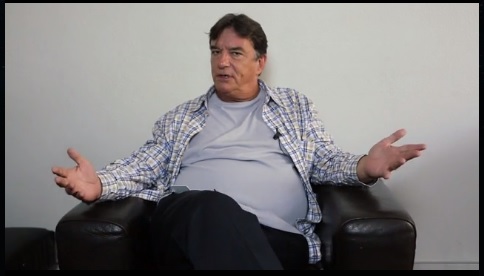 We did not feel it was appropriate or possible for us to make the scientific case for geocentrism. The evidence is not there. There is still room for doubt. It would be incorrect to attempt to force this evidence into a solution that says “It’s geocentrism or nothing else.” We are not there yet. (my emphasis).

So according to the movie’s producer, The Principle doesn’t even attempt to make a conclusive case for geocentrism. In fact, it’s not even possible to prove the scientific case for geocentrism at this time.  This ambivalent statement about geocentrism could easily leave people scratching their heads in confusion, especially since the executive producer Robert Sungenis had this to say about their movie in a public press release: 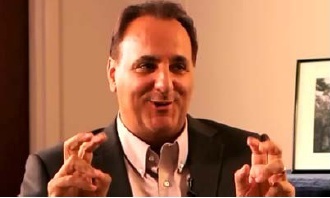 Briefly, The Principle is unlike any movie you have ever seen or may ever see. It is the first of its kind, mainly because the information it presents has only been available within the last two decades, and very few people know about it. What is it?   Brace yourself!! Indisputable scientific findings show the Earth, among all other celestial bodies, occupies the most privileged and unique place in the universe, the very center! (emphasis mine.)

So, according to this statement, not only does The Principle present a conclusive case for geocentrism, the scientific evidence is “indisputable.”

How does one explain these diametrically opposed statements? Perhaps the answer becomes clear when one understands that the producers were speaking to two very different audiences. Sungenis’s statement was to his “home audience”, so to speak – his patrons and supporters. True Believers. In front of such an audience, he no doubt felt comfortable being candid. Conversely, DeLano was addressing a more skeptical audience with whom such candor could likely backfire. As such, perhaps any confusion about what The Principle is “really” about stems directly from the fact that Sungenis and DeLano say radically different things depending on their audience at the moment (see also “The Principle’ is About Geocentrism? Don’t Be Silly!”  and “But It’s Not About Geocentrism….?”)

I suppose one can understand why the new geocentrists might not want their adherence to strict geocentrism – a motionless earth at the center of the entire universe – tied too tightly to their movie, nor that they hold this view first and foremost as a matter of faith, that they insist that it’s an official teaching of the Catholic Church, and that they believe there’s been a conspiracy among scientists to cover up the facts, “They Know It But They’re Hiding It” (the title of Sungenis’ presentation at his conference on geocentrism).

Tactically, I suppose it makes sense to say their movie isn’t really about geocentrism, it’s “just” about the Copernican principle. After all, they actually want people to pay to watch their movie rather than dismissing it out of hand.

The problem is that they’ve previously gone on record admitting what their movie is really about. No matter how coy they may be now (depending on whom they’re talking to at the moment), this whole endeavor has always been about convincing everybody of the truth of geocentrism, as a matter of divine faith. These men – particularly Sungenis – have publicly stated that they intend to devote the rest of their lives to promoting geocentrism.1

As such, the promotion of geocentrism clearly is and always has been the end game. And The Principle is equally clearly an integral a part of that effort.

1 Robert Sungenis: “I am pursuing one of the greatest projects the Lord has ever given me. It is to tell the world that the Catholic Church was right when it condemned Galileo, and thus no Catholic has to hang his head in shame…THAT is why I am pursuing the Galileo issue, Wes – because the right view of it can change the world and restore the Church to her rightful place of honor. I’m going for the whole enchilada. If Galileo was wrong and the Church was right, you can imagine what an impact that will have on our whole view of ourselves and the modern age. That is what I call the ultimate “apologetic,” and that is what I will be pursuing the rest of the time the Lord gives me.” (July 31, 2014)