Who Are You Going to Believe? – A Matter of Credibility

As those who have ever disagreed with Robert Sungenis on a controversial topic know from experience, he has a habit of boldly making easily disproven statements as if they were facts. I’ve demonstrated this repeatedly with regard to his writings on geocentrism (see for example here, here, here, and here). But it’s also true of various tangential arguments he makes in an effort to discredit his critics.

Let’s briefly look at three very recent examples: Sungenis’s assertion that I don’t know anything about science, his insistence that his patron, on-line geocentrist “John Martin,” is not hiding his real identity by using a pseudonym, and his attempt to defend the obvious conflict of interest created by the fact that Robert Bennett was simultaneously the supervisor/evaluator of Sungenis’s “doctoral dissertation” and co-author of the book that would result from this same “doctoral dissertation.”

Palm Has No Science Degrees and Doesn’t Know Any Science

On my Backgrounds page and also in A New Geocentrist to Catholic Answers: “Get Some Science Education!”, I pointed out the irony that leading geocentrist Sungenis—a man who seeks to set the entire world of physics straight after having, at most, taken some undergraduate courses while he “majored in physics” before dropping that and changing to religion instead—has the chutzpah to ridicule others’ alleged lack of formal science education. Now he’s taking that even further in his comments about me, several times going so far as make unequivocal statements such as, “David Palm not only has no degrees in science, he doesn’t know any science at all.”

This is a particularly silly statement because it’s so easily disproven. Sungenis knows that I am a professional, degreed engineer. While I don’t claim to be a scientist, it’s demonstrably false to claim that I know nothing about science. In fact, I have two Bachelor of Science degrees – which is exactly two more than Sungenis himself has.

As such, in terms of formal science education, Sungenis and I are at the very least equal. And, in light of the fact that he switched his major to religion, while I actually completed my two Bachelor of Science degrees (with a minor in Mathematics), I suspect that I probably have the edge in that regard. The major difference between us, of course, is that I don’t pretend to be an expert in physics – let alone one competent and qualified enough to accuse, lecture, and contradict the entire scientific community. Sungenis, on the other hand, does exactly this while repeatedly demonstrating his incompetence by making numerous scientific blunders (see e.g. here, here, and here.) But the bottom line is that Sungenis’s statements that I know nothing about science are easily disproven.

“John Martin. I know him personally”

On a number of occasions, I’ve engaged the arguments of someone going by the name “JohnMartin”, an avid Sungenis fan who has frequently popped into various on-line venues to promote geocentrism. In my own responses, I put “John Martin” in quotes to indicate that it is a pseudonym and not his real name. But Sungenis indignantly insists that I’m wrong. He writes:

It is not a pseudonym. His name is John Martin. I know him personally. This is just another case in which Mr. Palm accuses someone and, even after he is told that his accusation is wrong, he persists in making the same accusation. We’ve told Mr. Palm several times that John Martin is John Martin. He attends a seminary in Europe, last I heard, and he domiciles in Australia.

There are two problems here. First, Sungenis had never told me even once—let alone “several times”—that this “accusation” is wrong. But second, and much more importantly, none other than “JohnMartin” himself told Dave Armstrong in a public forum that “John Martin” is not his legal name, but one he chose specifically to give him “anonymity”:

I use my real baptismal and confirmation names – John Martin. It is my right to use such a name to be authentic and also retain some anonymity for privacy reasons (link). 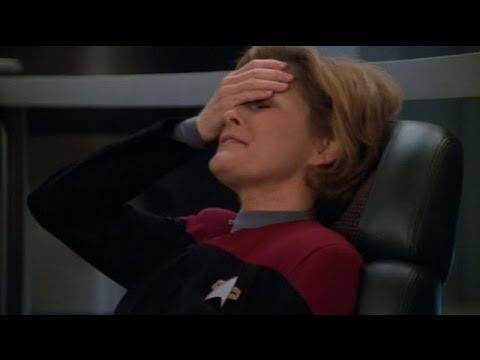 While it seems ridiculous to have to explain it, this is precisely the design and purpose of a pseudonym. As Wikipedia puts it, the purpose of a pseudonym is “to hide an individual’s real identity.” And as explained here, a pseudonym can even have a “real” element to it, as in the case of “Dr. Seuss,” whose given name was Theodore Seuss Geisel. If I went around calling myself “John Francis” (my middle and confirmation names) on-line, in order to “retain some anonymity for privacy reasons”, I think it’s safe to say that Sungenis would consider that a pseudonym. And isn’t it odd that Sungenis does not know this about “John Martin,” someone he claims to “know personally”?

Interestingly, both he and Rick DeLano have harshly denounced anyone who chooses to post anonymously or pseudonymously as cowardly. But they’ve had nothing to say so far about Mark Wyatt, Robert Bennett, or “John Martin”, all of whom have posted on-line pseudonymously: see More Geocentrist Double Standards: Using Pseudonyms.]

There are many ways in which Sungenis’s purported “Ph.D.” fails to meet the basic standards of a legitimate doctoral degree.  But to highlight just one, on the Backgrounds page, I pointed out that Robert Bennett, the supervisor/evaluator of Sungenis’ “doctoral dissertation” on geocentrism, had an obvious conflict of interest because he was also the co-author of the book into which they were turning this very same dissertation – Galileo Was Wrong (GWW).

The standards at Calamus do not meet those adhered to at institutions accredited by recognized accreditation bodies–for a discussion of the standards at Calamus, see here and here. For example, the supervising professor for Sungenis’s ostensive doctoral dissertation was his own co‐author, Robert Bennett.

Sungenis has recently replied to me thus:

Mr. Palm continues to use this canard even though he has been told numerous times that his timing is wrong. Robert Bennett was asked to be my supervising professor for my dissertation BEFORE he became my co‐author for Galileo Was Wrong. The fact that he agreed to be my supervising professor and took interest in my writing of the dissertation on geocentrism was the very reason I later asked him to co‐author the book. But, of course, Mr. Palm isn’t interested in making known the alternative version to his juicy gossip. He would rather give the impression that his version is the only version, and I am guilty as charged.

But Sungenis completely misses the point. It’s irrelevant whether he asked Bennett to supervise (and evaluate, by the way – something Sungenis conveniently skips over) his “doctoral dissertation” before he became the co-author of GWW. The problem is that Bennett was supervising and evaluating Sungenis’s “dissertation” while knowing full well that he was going to professionally and possibly financially benefit from this very same dissertation when it was turned into GWW. GWW and Sungenis’ “doctoral dissertation” on geocentrism are substantially the same thing (see below). This is an obvious and blatant conflict of interest that no reputable institution of higher learning would ever have knowingly permitted.

And as we’ll see below, it only gets worse. The rationalization Sungenis tried above was irrelevant and deceptive, but there were no outright lies in it. Unfortunately, on 19 Dec 2013, in an e-mail to me, Sungenis was even more detailed and explicit in his “explanation” of what occurred:

Robert Bennett was not my “co-author” when I was doing the dissertation for Calamus. I began my dissertation in 2004 and received my degree in April 2006. The first edition of Galileo Was Wrong wasn’t published until late 2006. In other words, it was precisely because of Dr. Bennett’s favorable review of my dissertation that was one of the reasons I asked him to be a co-author of the book.

Here, the reader will note that Sungenis went beyond what he claimed above and explicitly asserted, replete with dates, that Robert Bennett had not come on board as the co-author of GWW until after he had completely finished his “doctoral dissertation” at Calamus (CIU) in April 2006.

And if that picture of things were true, we would not have a problem. In the scenario that Sungenis is trying to paint, Bennett’s objectivity would not have been compromised by his own professional and possible financial interests in Sungenis’s work.

The problem is that Sungenis is lying. Robert Bennett was indeed on board as Sungenis’s “co-author” of GWW while Sungenis was still working on his the doctoral dissertion at CIU. Here’s the proof:

First, in his article, “My Ph.D. from Calamus International University”, Sungenis wrote about “’Galileo Was Wrong,’ the book that was made from my dissertation with CIU”. So, by his own admission, his geocentric “doctoral dissertation” at Calamus is substantially the same as his book Galileo Was Wrong.

Second, Sungenis has publicly and privately stated that he worked on his “doctoral dissertation” for Calamus between April 2004 and April 2006.

Rather, the public record conclusively demonstrates that Robert Bennett agreed to collaborate with Sungenis on the book Galileo Was Wrong while he was still supervising and evaluating the very “doctoral dissertation” that would become that book. As such, Bennett was evaluating and supervising Sungenis’s work while he knew that he would benefit professionally and possibly financially from that same work. That is an obvious and blatant conflict of interest that would never be knowingly allowed at any reputable institution of higher learning.

The following eye-opening details fill in more about the chronology involved:

In his article entitled “My Ph.D. from Calamus International University” he stated that he started the dissertation after he had selected CIU and that, “over the course of the next three years I wrote a 700-page, 1400-footnote, single spaced dissertation”. There’s a discrepancy of one year here, since April 2004 to April 2006 leaves only two years, not three, for the work to be done. Suffice it to say that Sungenis is on record that, at the least, the “dissertation” was written over the entire period between signing up at Calamus in April 2004 and wrapping up in April of 2006.

In the same article, Sungenis speaks of “’Galileo Was Wrong,’ the book that was made from my dissertation with CIU”.

What Does it All Mean? The reader who has no history with Sungenis is seeing just the tip of the iceberg here. This pattern of outright falsehood and deception could be documented from dozens of Sungenis’s own writings over the years. What’s more, over the course of more than a decade, he has espoused literally dozens of bizarre conspiracy theories (link).

Why bring all this up? It boils down to the matter of credibility.

Sungenis presents himself as both trustworthy and qualified to challenge virtually the entire scientific community in matters of physics, biology, geology, and other scientific fields. But much more seriously, he also claims that the Magisterium of the Catholic Church has for centuries been derelict in its duty to teach the true Faith. As the saying goes, extraordinary claims demand extraordinary proof. Clearly, then, his personal credibility becomes a matter of paramount importance. Unfortunately, Sungenis repeatedly deploys demonstrable falsehoods in a quixotic quest to advance his own personal view of the universe and of the Church.